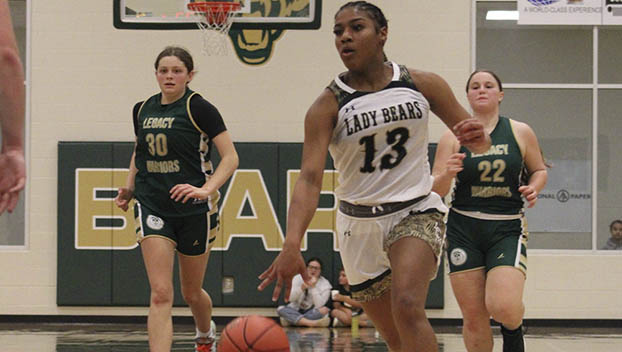 LITTLE CYPRESS – The Little Cypress-Mauriceville Bears cruised to a 80-34 season-opening win over the Kelly Bulldogs in basketball action.

Ben Elliott and Alantheon Winn each had double-doubles for the Bears.

Elliott pumped in 26 points and grabbed 13 rebounds while Winn had 22 points and 10 boards.

Ty Blackmon chimed in with 11 points for the Bears while Noah Fuller added 10.

ONALASKA – It was a nice way to start their basketball season as the Orangefield Bobcats zipped past Onalaska on the road.

Pete Ragusa led the Bobcats with 26 points. Ragusa was 8-of-11 from the field, including 3-for-4 from the three-point line.

Zane Wrinkle filled up the stat sheet, scoring 19 points to go along with a whopping 13 assists and nine rebounds.

HUFFMAN – The Bridge City Cardinals went on the road and snagged a nice 57-56 win over the Huffman Falcons to crank up their 2022-23 basketball campaign.

The Cardinals were sparked by freshman Aaden Bush, who erupted for 21 points and eight rebounds in his first varsity start.

Senior guard Walker Britten chimed in with 13 points and buried four three-point bombs. Britten sealed the game with a big free-throw at the end.

LITTLE CYPRESS_ The Little Cypress-Mauricville Lady Bears defeated Beaumont Legacy 49-28 in hoop action at The Grove in their season opener.

NEWTON – The Orangefield Lady Bobcats went on the road and collected a dominant 54-17 win over the Newton Lady Eagles.

It was a nice bounce-back win for the Lady Cats, who dropped a tight 41-40 season opener to West Orange-Stark.

Rawls scored 18 against the Lady Mustangs while Oldham had eight points and Wagner five.

Morgan Louvier filtered in a game-high 31 points while Kailey Nelson had eight points and yanked down 13 rebounds. The Lady Cardinals (1-1) dropped their scond game of the season, falling to the Nederland Lady Bulldogs 29-24.