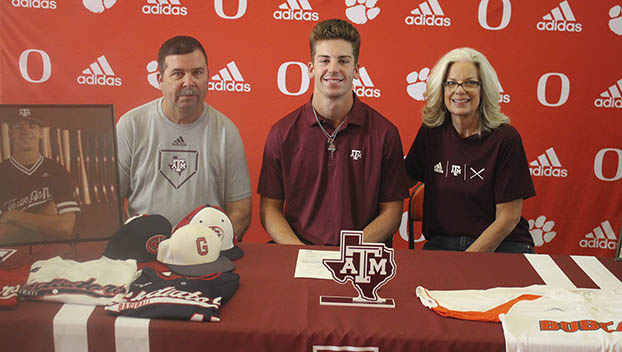 It was a big day Wednesday for Orangefield baseball standout Jason Bodin, as the Bobcats senior signed to play for Texas A&M University and the chance to play in the Southeastern Conference in front of family and friends at Orangefield High School.

Bodin was a gem on the mound and at the plate for coach Tim Erickson as a junior last season, as he was one of the key cogs in helping the Bobcats (23-4-1) snag a District 22-4A title and a nice run in the playoffs.