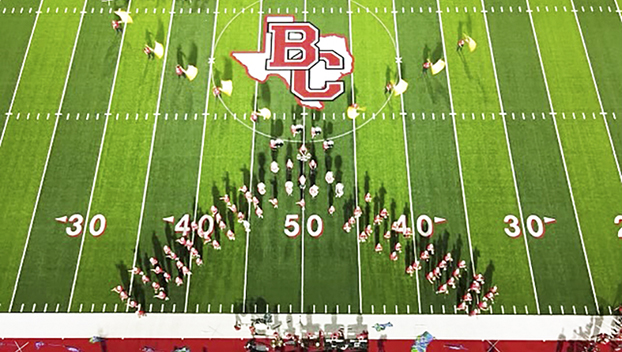 The band made the state competition for the third straight year. (Courtesy photo)

BRIDGE CITY — For the third consecutive year, the Bridge City marching band is off to the state competition in San Antonio.

The band will compete today (Wednesday) at the Alamo Dome.

BC High School Principal Tim Woolley understands the hard work and dedication it takes to reach that level a little better than most. His daughter, who is a junior, is a drum major in the band.

“It has been really incredible,” Woolley said. “I know how many hours they put into it. In my daughter’s first year, she was in eighth grade. We have some eighth graders that march, but that was the last time they didn’t make state.”

The principal credits the directors for finding what works for competitions and inspiring students to keep pushing themselves. The band is led by Tami Goss, who is the head director, Will Poppe, Noelle Maldonado and Keegan Crawford. 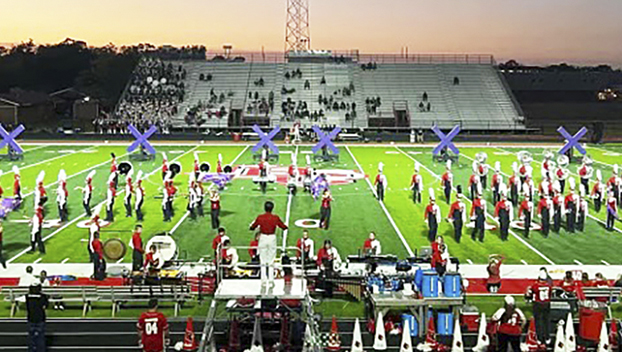 The band made the state competition for the third straight year. (Courtesy photo)

“We have four directors who have put a ton of work in,” Woolley said. “They really have figured it out over the last few years. They know the amount of time and effort it takes to be that precise and sound that good.”

He said the proof shows during the football games.

“The product sounds great on the field,” he said. “We have not lost a halftime. I can tell you that for sure. We are undefeated at halftimes.”

“It is always awesome to see,” Kelly said. “There is so much that goes on behind the scenes and so much that people don’t see. There are a lot of early mornings, late nights and weekends. You see a beautiful product on the field at halftime and you sometimes take for granted what it takes to do that, especially when you are that successful. They make it look easy because they do it year after year.”

Kelly said he would be in San Antonio to watch the band perform.

The BCHS band, which is one of 23 bands to make the state competition, plays at 12:45 a.m. Wednesday in the preliminary round.

The judges will announce the 10 finalists at 4 p.m., with the finals starting at 7 p.m.