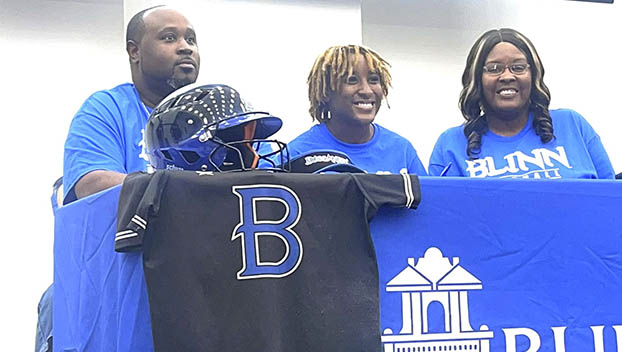 West Orange-Stark senior softball standout T’Era Garrett will look to continue a stellar run in her favorite sport as she signed to play for Blinn Junior College in front of family and friends at WO-S High School Monday morning.

Garrett had a strong junior season playing catcher for head coach Matt Robertson and also spent some time at third base and the outfield.

Garrett was also a standout in powerlifting last season, as a State Qualifier for the Class 4A State Powerlifting Championships.