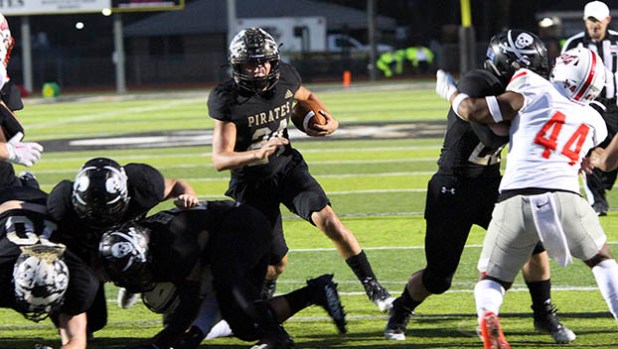 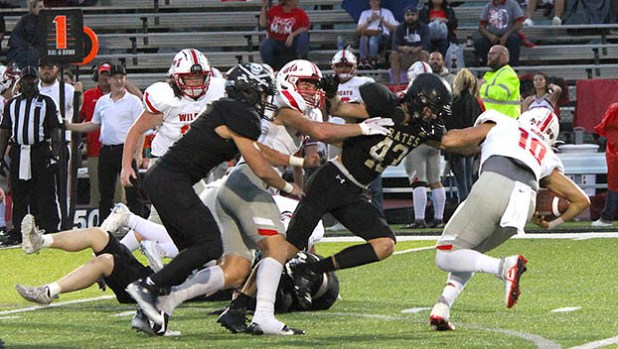 VIDOR – Winning their sixth game in their last seven tries, the Vidor Pirates have some momentum going into the playoffs next week as they wrapped up the regular season with a 34-7 victory over the Splendora Wildcats in District 10-4A Division I action at Pirate Field Friday night.

Splendora (1-9, 0-5) finished out the season on a nine-game losing streak.

Vidor racked up 480 yards of total offense. The Pirates gobbled up 428 yards on 45 carries on the ground. Caleb Dean led the rushing arsenal with 141 yards on 18 carries. Jason Watson had 91 yards, all on one carry for a touchdown. Riley Marlow had 65 yards on three carries and a long touchdown. Pirate quarterback Jarrett Odom passed for 52 yards with two completions.

The Wildcats finished with 201 total yards. Quarterback Harrison Facundo completed 14-of-28 passes for 166 yards. Receiver Angel Mortero had three catches for 74 yards while Kaden Grahlfs had five receptions for 49 yards. The Wildcats had h=just 35 rushing yards on 21 attempts.

The Pirates led 13-0 at halftime after stopping two Wildcat drives inside the Vidor 5 in the first quarter.

The Wildcats chewed up 60 yards on their first drive of the night but needed 62. Facundo completed four passes for 58 yards, including a 27-yarder to Angel Montero to the Pirate 8. However, the Pirate defense bowed up, stopping Wildcat running back Isaac Shumate on fourth-and-goal at the 2.

The Pirates responded quickly on offense when Watson bulled his way through the Wildcat defense on the second Pirate play from scrimmage and bolted 91 yards for a touchdown, making it 7-0 Pirates. The big touchdown romp by Watson pushed him over the 1,000-yard mark for the season as he now has 1,071.

Vidor then went on one of those patented Vidor drives, going 98 yards in 13 plays. The biggest play was when the Pirates caught the Splendora defense off guard when Odom connected with Daigen Venable on a 39-yard pass play that got to the Wildcat 26, Odom capped it with a eight-yard touchdown keeper five plays later. The Pirates mishandled the snap on the extra-point but snared a 13-0 lead with 5:58 in the first half.

The Pirates racked up 253 total yards in the first half.

The Pirates had 201 yards on the ground on 23 carries.

Montero caught two passes for 67 yards while Kaden Grahlfs had four receptions for 41 yards. Facundo completed 9-of-17 in the first half for 133 yards with no passing yards coming in the second quarter.

The Pirates got it going on the first series of the third quarter, going 62 yards in three plays. Marlow barreled through the Wildcat defense for a 46-yard touchdown gallop. The two-point conversion failed but the Pirates upped the lead to 19-0 with 10:39 in the third quarter.

After the Pirates muffed a punt, the Wildcats got the ball at the Vidor 22. However, the Pirates ended the threat when Ayden Trahan picked off a Facundo pass in the end zone.

The Pirates took advantage of the turnover quickly, going 80 yards in seven plays. Dean had 66 yards on six carries on the march and finished it off with a three-yard touchdown off the left side. Marlow scored on the two-point conversion run, making it 27-0 with 4:30 in the third.

Vidor pieced together a seven-play, 52-yard scoring drive with Wyatt Flores finishing it off with a two-yard touchdown run, making it 34-0 with a little more than 10 minutes remaining.

The Wildcats continued to battle and finally scored on their fourth trip into the red zone. Facundo engineered a 10-play, 70-yard scoring drive and the quarterback got into the end zone on a one-yard keeper, making it a 34-7 game with 6:08 left.