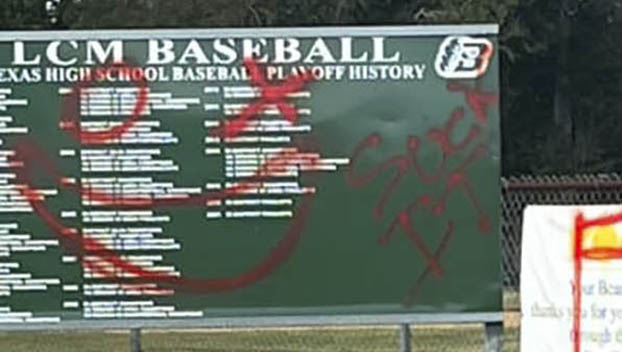 It was a crying shame what happened at the Little Cypress-Mauriceville High School athletic facilities more than a week ago.

However, as usual, the good usually perseveres over evil.

That was the case after as a pair of vandals decided they were bored or disgruntled and decided to deface areas across the athletic complex with spray paint.

They spray painted the newly turfed field at Battlin’ Bear Stadium, along with the concession stands, press box and signs at Don Gibbens Baseball Field.

The Bears football team played at Lumberton Friday in a District 10-4A Division I showdown. Lumberton’s school colors, blue and red, were used to do the damage at the facilities.

Many people across the area thought it could have possibly been Lumberton students to blame, and, as usual, people were going back and forth at each other on social media, putting the blame here and there.

Typical of the times, right? 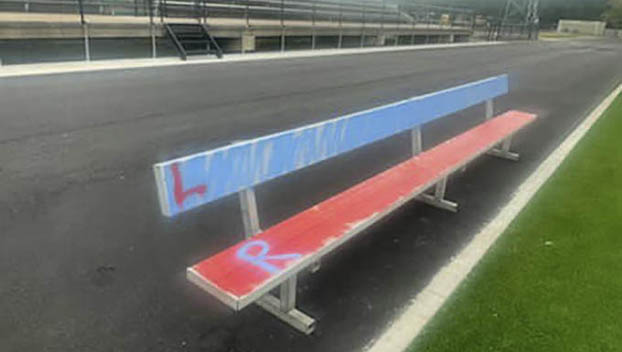 In most cases, especially with as much damage as LC-M received, vandalism like this rarely comes from students from a campus more than 40 miles away. Even I felt like the vandals were from the Orange County area, possibly even homegrown in the LC-M district. That is exactly the way it all shook down, according to police.

Being an LC-M Class of 1985 graduate, I was so thrilled when Bear Country was finally able to utilize its new turf field.

It’s just part of many upgrades we will all see coming in the near future, including a new track and tennis courts by the first of the year. Believe it, the school has needed these upgrades for years and years, because the kids and teachers certainly deserve it.

Sure, the press box is getting old and remains a hot box, especially in September. The concession stands have been there as long as I can remember on both sides of the stadium. They’re very old, too, but for me and many other LC-M alumni, there is some nostalgia behind it. That’s our crib, as some like to say.

To see the spray paint all over the press box and the concession stands was atrocious, to say the least, especially some of the so-called “lyrics” that were posted.

Perhaps the toughest thing that caught my eye was the painting done at the baseball field.

I saw so many LC-M baseball teams make runs throughout the playoffs under the guidance of legendary coach Steve Griffith. I remember when “Coach Griff” had the playoff accomplishment sign put out there as you head into Don Gibbens Field.

What history, and what a great read that sign was. Now it is all marked up and was barely readable, so were a lot of the advertising signs at the football and baseball stadiums.

It’s a sad deal because I know how much work went into selling those signs and getting sponsorships so Bears athletes can continue to flourish, from anything to getting new uniforms or just getting a bunch of new baseballs.

I see how much effort coaches put forth in raising money. They are constantly trying to promote their respective programs as much as they can.

I must say I’m very proud of the LC-M Athletic Booster Club. I remember it running well back in the 1980s, but it was basically nonexistent over a stretch until Athletic Director Eric Peevey came in.

That group has so much energy now, enjoys a bunch of fundraisers and has so many volunteers to work at games. There is now so much “Bear Pride” taking place again and that is awesome to see.

With people like that, what the vandals did will be in vain sooner then we know it.

The painting of the turf field is also very extreme.

“It’s a big difference when you paint up a grass field compared to a turf field, you can’t mow a turf field and everything will be alright. There is a cost when it comes to turf,” said Coach Peevey.

Hopefully all of the other schools in Orange County like West Orange-Stark, Vidor and Bridge City that have a turf field can learn from what took place at LC-M.

After talking to a few people at LC-M, more lighting around the athletic complex could prove a better deterrent to keeping knuckleheads from getting too brave.

WO-S, Vidor and Bridge City are somewhat more fortunate because all three have well-lit neighborhoods backing up against them from most sides. However, LC-M is basically a wooded area. It definitely does not have enough lighting around the stadiums or in the parking lot.

I’m just glad the suspected vandals were caught quickly. Criminals seem to be bolder than in years past.

They have come a long way from the days of wrapping a house or just burning letters in a rival’s grass field, like juveniles in my day did.

Property and so many other items that go into the upkeep of a facility are just a “tad” more expensive then back in the day when MTV actually played music videos.