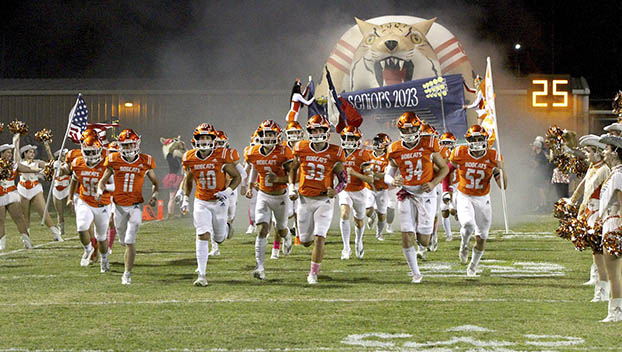 Weather concerns are impacting Week 11 of the high school football scene, and Orange County and Southeast Texas are not being spared.

The big District 10-3A Division I showdown featuring the Orangefield Bobcats at the East Chambers Buccaneers has moved to Thursday at 7:30 p.m. in Winnie.

The West Orange-Stark Mustangs’ District 9-4A Division II home football game against the Hardin-Jefferson Hawks, originally scheduled for Friday (Nov. 4) has shifted to Thursday (Nov. 3) at 7:30 p.m. at Dan Hooks Stadium due to the possible inclement weather.

All tickets will be honored that have already been purchased online, school officials said.

The Bridge City Cardinals District 9-4A Division II game at home against the Liberty Panthers has moved to Thursday at 7:30 p.m. at Larry Ward Stadium.

The Senior Night festivities will begin before Thursday’s game at 6:30 p.m. The Bridge City freshmen and JV games moved to Liberty today (Nov. 2), starting with the freshmen at 5 p.m.

The Vidor Pirates have moved up their District 10-4A Division I encounter with the Splendora Wildcats to 6 p.m. Friday at Pirate Stadium, starting an hour and half earlier then the normal time slated.

The Little Cypress-Mauriceville Bears have moved up their District 10-4A Division I home game with the Huffman Falcons to 6 p.m. Friday at Battlin’ Bear Stadium, starting an hour and a half earlier then the normal time slated.