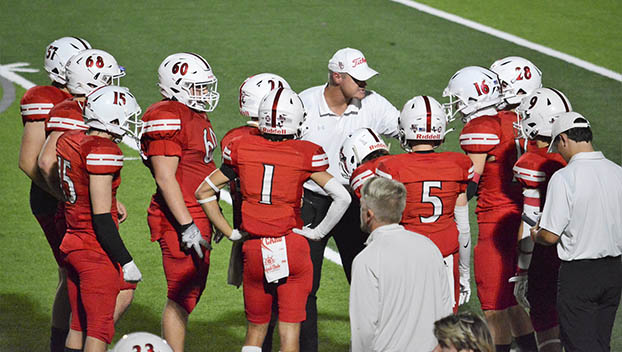 SILSBEE – It was a tough night at the office for the Bridge City Cardinals Thursday night in their trip to Silsbee to take on the first-place and currently fourth-ranked in the state Tigers.

The Tigers put up 28 points in the first quarter and led 42-0 by halftime as they went on to cruise past the Cardinals 70-0 in District 9-4A Division II action at Tiger Stadium.

Silsbee quarterback Mason Brisbane completed 7-of-9 passes for 254 yards and four touchdowns as he eclipsed the 2,000-yard passing mark.

Brisbane and Miller got the Tigers off to a fast start in the first quarter, connection on a 65-yard touchdown toss and followed that up with a 53-yard TD pass.

Jamarion Elam made it 22-0 with a six-yard touchdown scamper. Brisbane finished off a great half, throwing two more touchdown bombs, one going to Kyle Elder for 57 yards and the other one to Ashton Cartwright for 53 yards.

The Tigers also brought back an interception return for a score in the first half.

Silsbee is now 9-0 for the first time since the 2004 season. The Tigers have a big road showdown against Jasper (7-2, 5-0) next week to settle the outright district title.

The Cardinals, who have battled the injury bug all season long, will look to close out their season at home next week with some flair when they welcome in the Liberty Panthers (1-8, 1-4) at Larry Ward Stadium.