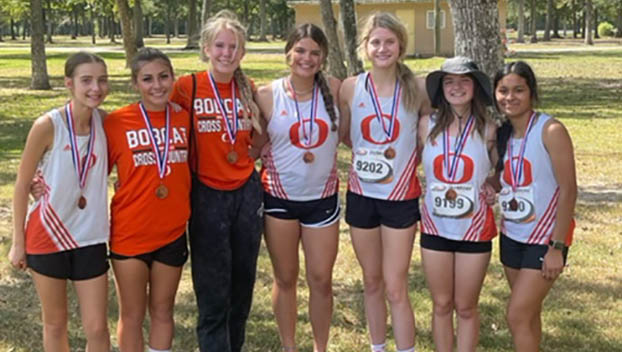 The Orangefield boys, who rolled to the District 22-3A team title, finished 16th out of 24 teams at the Region III Championships.

Carson Worthy led the Bobcats, placing 37th overall with a time of 18 minutes, 23.59 seconds over the five-kilometer course.

There were 173 runners in the boys field.

The top four teams and top 10 individuals not already on one of the advancing teams qualify for the State Championships.

The Orangefield Lady Bobcats, who earned third-place as a team at the District 22-3A Championships, finished a solid 14th overall out of 23 teams, and the future looks bright as they ran three freshmen.

There were 181 runners in the girls two-mile race.