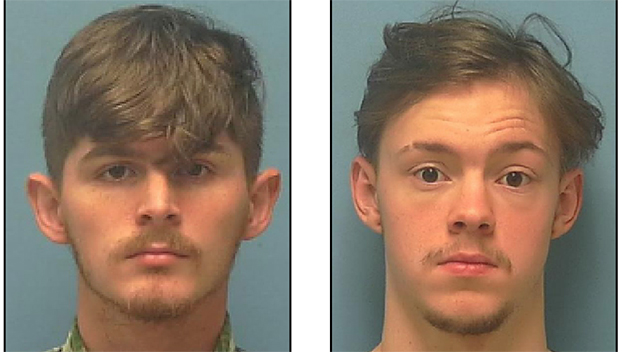 Perpetrators used spray paint to vandalize several buildings and property, including the newly installed turf on the football field, field house, signs and building on the baseball field.

The color of paint that was used, as well as the wording, referred to a Lumberton school.

Police said they obtained a confession of the crime from one the them.

A second suspect was located Tuesday and arrested on an unrelated charge.

Investigators were also able to obtain a confession from the second suspect later in the day on Tuesday, authorities said.

“After gathering all available evidence and presenting it to the Orange County District Attorney’s Office, felony warrants were issued by Judge Courtney Arkeen for the two suspects responsible for the vandalism,” the Sheriff’s Office said in a release.

Police believe the vandalism was committed in an attempt to stoke tensions and rivalry between LCM and Lumberton prior to the upcoming football game that will take place Friday in Lumberton.

Ryan Bergeron is in custody in the Orange County jail and has been served with the warrant.