VOLLEYBALL WRAP: Lady Cardinals a win away from another perfect district season 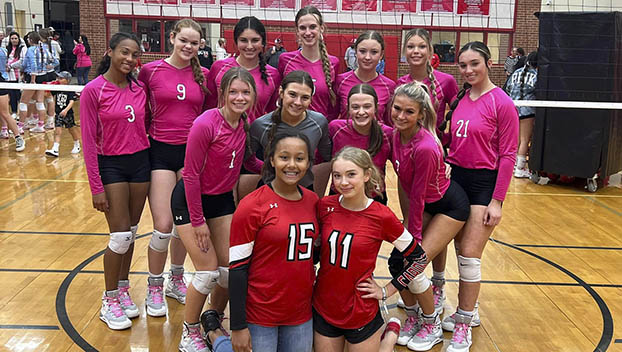 The Bridge City Lady Cardinals improved to 11-0 in 22-4A play with a sweep of Jasper. (Courtesy Photo)

The Lady Cardinals improved to a perfect 11-0 in 22-4A play with one match left in the regular season.

The Little Cypress-Mauriceville Lady Bears improved their District 22-4A record to an impressive 9-2 with a 25-6, 25-14, 25-5 victory over the West Orange-Stark Lady Mustangs.

Libby Thurman paced the Lady Bobcats with 14 digs while Rawls and Haley added 11 each. Brianna Moore sparked the offense with 19 assists while Rawls had 10. Thurman collected four aces while Moore had two.

Cornelison led the way with seven digs while Carlie Abbott had six. Cornelison also had seven aces while Sherman and Abbott had three each.