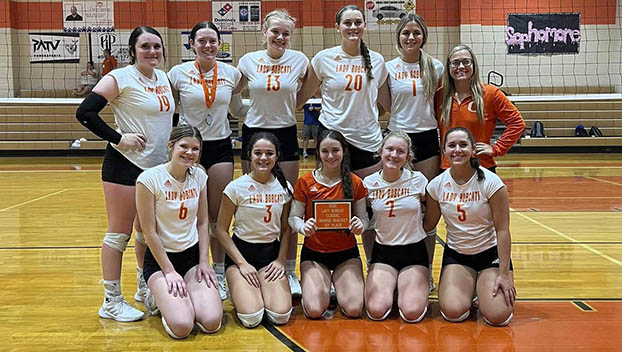 The Orangefield Lady Bobcats nabbed an important District 22-3A win on the road at Buna. (Photo courtesy Orangefield Volleyball)

BUNA – The Orangefield Lady Bobcats traveled to Buna and came home victorious to improve to 8-3 in District 22-3A play.

Mackenzie Haley, Harleigh Rawls and Greenlea Oldham each had 10 kills for the Lady Bobcats, while Kylie Mouton had eight and Kaitlyn Jenkins seven.

Brianna Moore had 27 assists, while Harleigh Rawls contributed 21. Libby Thurman had a whopping 34 digs, while Haley had 21 and Rawls 17. Haley, Moore and Mouton each had two aces.