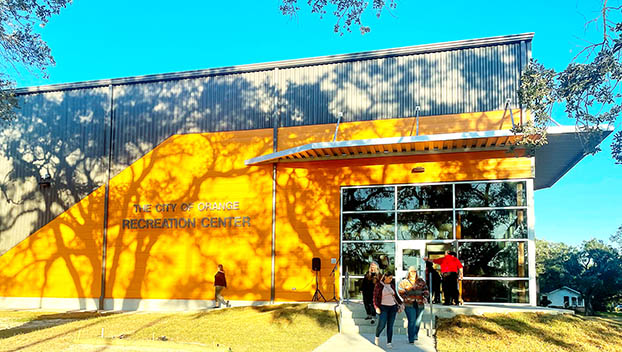 The City of Orange opened the doors of the newly built Orange Recreation Center this week with a ribbon cutting ceremony.

Orange residents joined in community and played games of basketball, dodgeball and volleyball while also getting a chance to tour the facility.

“The turnout, it’s overwhelming,” Mayor Larry Spears said. “It also reflected that this community is ready for something of this nature.” 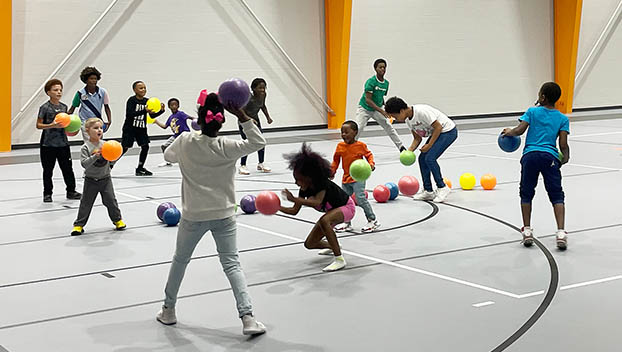 Local children play a game of dodgeball at The City of Orange Recreation Center. (Tim Cohrs/Special to The Leader)

The Recreational Center includes two multipurpose courts with scoreboards and is currently being used for dodgeball, volleyball and basketball, with other more sports and activities getting added in the future.

The facility replaces the City of Orange Natatorium that was in an extreme state of disrepair according to city leaders. The mayor and council members worked together to find something to put in the Natatorium’s place, as they wanted a safe building where the community and children could congregate, which is how the Recreational Center came to be.

Orange District 2 Councilman Brad Childs said, “we wanted something for the kids to keep them off the street.” 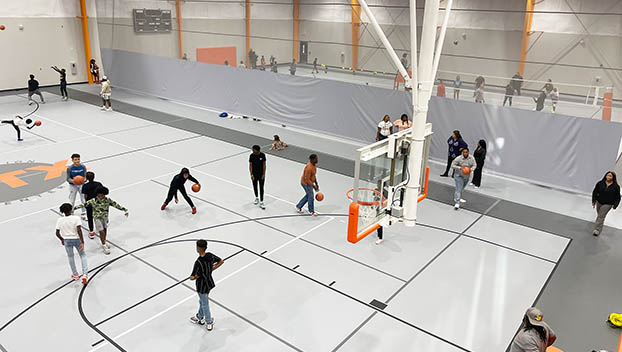 A view from the second floor bleachers at The City of Orange Recreation Center. (Tim Cohrs/Special to The Leader)

What residents don’t know is that the process of establishing a new Recreational Center in Orange was a lengthy process that included construction, staffing and management.

“This has been a process that started back around 2019,” said James Lawrence, Orange Parks and Recreation director. “It’s been a fun process; it’s taken a while. I’m glad that we’re to our opening day.”

Part of the process was finding a director.

Lawrence said he saw a lot of good candidates but chose Anthony Dandridge as the Recreational Center Director due to his knowledge and background of basketball and working with children.

Dandridge has held the position for six months, where he has trained and helped The City of Orange prepare for opening day.

On Wednesday, Dandridge finally was able to open the doors to the public and fully step into his position.

“The new position is great,” Dandridge said. “My passion is youth. I used to be a teacher, so this is right up my alley. With the new recreational center, it’s going to give the kids the opportunity to have somewhere to go, somewhere to blow off some steam after school and even on the weekends.” 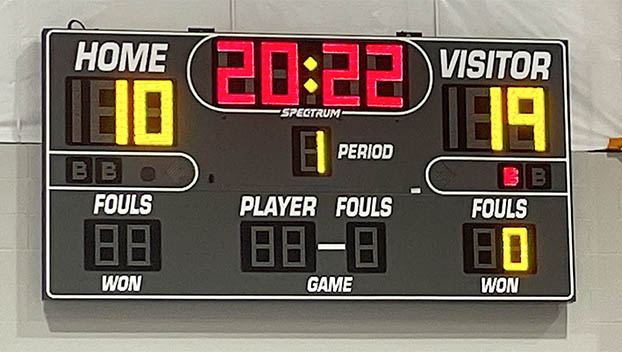 The scoreboard was set to say on the score of 10 to 19 on Wednesday to commemorate the 10.19.22 calendar date on Wednesday. (Tim Cohrs/Special to The Leader)

The big goal of the Recreational Center is to bring together the community and others outside of the community by hosting sports tournaments and events.

Lawrence and Dandridge are planning more events towards the end of the year and into the spring and are also looking at the idea of having limited hours in the morning for seniors, which will be announced at a later date.

Dandridge and Lawrence said there is also the possibility of extending or revising the hours of the Recreational Center based on community engagement and feedback.

The City of Orange Recreation Center is located at 1405 W. Orange Avenue and is free to Orange residents.

For non-Orange residents, there is a $5 fee.