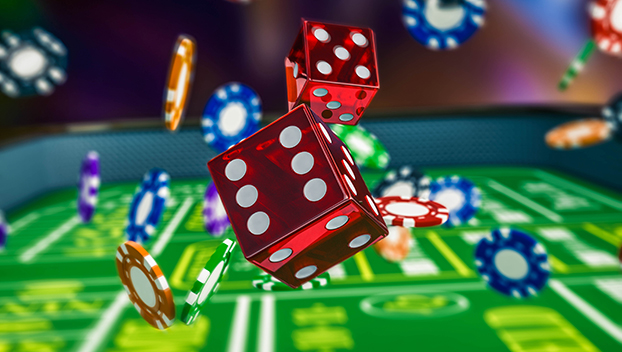 In January 1953, an unsigned letter arrived at the Orange police station. It said: “Want to bet on a horse race? Go down to the club in the alley, through a little back door. They’ll cover any size bet, any horse, on any track.”

The “little club” was the Canteen, located in the alley between Fourth and Fifth Streets opposite the post office. The Canteen had originally been named, “The Oyster Bar.” It was owned by the Orange Finance Service.

The principal owner of the finance service was Buster Johnson, owner of Buster’s Night Club located across the Sabine River in the area called “East Orange.” The new bridge and highway was being built north of Orange and when completed would lead to the demise of the clubs in East Orange. Possibly Johnson was trying to keep the gambling business he had at Buster’s.

James McGuire had applied for a federal gambling permit. Phil Scott had applied for a beer permit to Orange County. The permit had been granted by County Judge Charlie Grooms. However, the club had no city permit for gambling or beer sales.

The unsigned letter was given to Special Investigator Charles Tyson of the Orange Police Force. Tyson then called Liquor Control Board Deputy Supervisor Guy Ferguson, who along with investigators John Crank and John Hoyt went to the Canteen.

The “L” Men entered the club through the unlocked back door and caught McGuire passing a bookmaking receipt to a customer. Orange Police Chief L.B. Hayden was then contacted.

McGuire unlocked a door that opened into a small room about 10 feet square. Chief Hayden said the set up was a telephone operation for betting. He found a list of horse race bettors scattered across Southeast Texas and Southwest Louisiana. Bets ranged from $4 to $100.

Investigators also found a locked box containing a large amount of cash. McGuire dug into the contents of the box to obtain the $1,500 that would be needed to make his bail.

In another slightly larger room, the raiding party found a poker table with a whole carton of boxed playing cards and a cigar box full of poker chips.

All of the horse race betting equipment was confiscated and given to County Attorney John O. Young to be used in the case against the operators.

Hayden said the police force had the Canteen under surveillance for several weeks before they received “the tip.”

“We will continue to check on suspected gambling places and raid any that are found,” said Hayden.

Those that knew the effect the new highway would have on East Orange gambling were evidently trying to see how law enforcement in Orange would react if they tried to bring the night clubs and gambling into Orange.

The Orange police force and Orange County Sheriff’s Office were not going to allow what had been popular in East Orange to relocate into Orange.

When the new Highway 90 and new Sabine River bridge opened, it was the end of East Orange. There was a line of nightclubs that opened on the new highway.

Johnson opened a new Buster’s. There were the Reno, Palomino Club, Showboat and legendary Lou Ann’s and Big Oak. Those new clubs were popular with teenagers who could go “Across the River” and party where the law was not as strict as in Texas. Teenagers only had beer money, so gambling was never established in those new clubs.