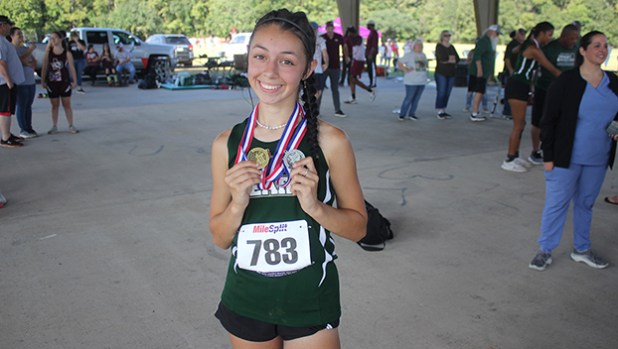 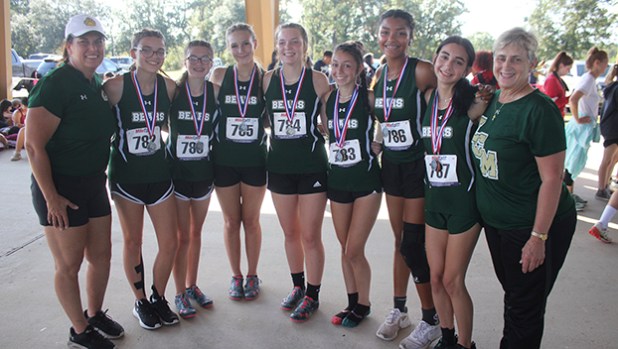 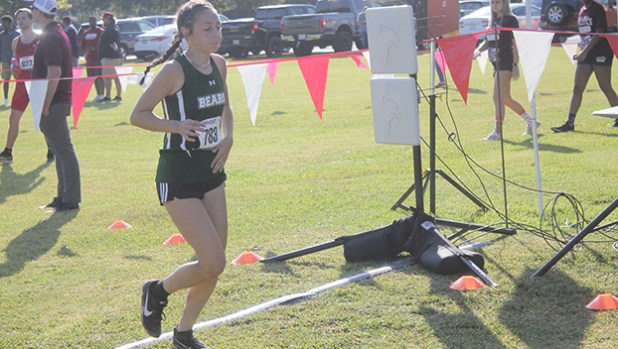 It was not the easiest conditions for Fisher or any of the runners after a thunderstorm blew through the area earlier in the morning, making conditions a little sloppy and slippery.

“It was a little slick out there but I’ve ran this course so many other times with in conditions like this,” said Fisher. “I really felt good about it, as long as I didn’t fall down.”

So what was it like winning a third straight title for Fisher?

“It’s always a great feeling, especially this one with me being a senior,” said Fisher. “To get to go to Regionals is always a thrill, and I’m going prepare hard so I can hopefully get to State again. The best thing about Regionals too, is that the whole team is going.”

Fisher will be joined by her Lady Bears teammates Oct. 24 at the Class 4A Region III Cross Country Championships after they finished a surprising second in the team standings.

“Wow, just wow,” said Lady Bears coach Dena Adkins. “We knew it was going to so tough to qualify the whole team for Regionals, because there are several teams we thought would be bunched together. But these kiddos, they went out and got the job done. I am just one proud coach. I’m so thrilled for Annabelle again. She’s such a great one, and all of her teammates get to head to Huntsville with her.”

The top three teams and top 10 individuals all advance to Regionals.