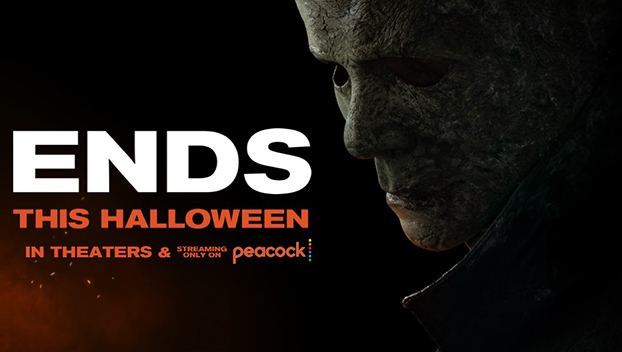 If you believe the producers, “Halloween Ends” will be the last installment in the “Halloween” horror series.

Fans may bemoan the end to this beloved franchise, but I find the decision to be fitting as these recent movies are struggling to find new ways to tell the same story about a resourceful woman facing off against a mindless killer.

Nevertheless, Hollywood is infamous for re-booting lucrative films franchises. Star Jamie Lee Curtis may have stated she is done with these movies, but who knows if Michael Meyers is truly gone?

Evil has a nasty habit of popping up when we least expect it.

Which happens to be the set up for the 13th movie in the series, “Halloween Ends.”

We find Laurie (Curtis) living in relative peace with her granddaughter (Andi Matichak) and beau (Will Patton) as she struggles to put the trauma of the previous movies behind her.

She’s even writing her memoirs, which is a kind of therapy.

This is all well and good, but we know Michael has to pop up sooner or later. You can’t do a “Halloween” movie without the monster. I get the feeling the filmmakers didn’t have any promising ideas about how to use him, so they opted to focus instead on a local kid (Rohan Campbell) who is being ostracized by the town because of his part in a child’s death.

Okay. Fine. But what about the final showdown between Laurie and Michael?

Don’t worry, the bloody good stuff is coming, but not until the filmmakers have explored some wild ideas first. No spoilers here, but the subplots don’t really work, and they only serve to delay the inevitable confrontation.

Michael does show up, and he is as ruthless as ever. I wouldn’t say there’s anything new or exciting about his latest rampage, but neither will I deny the visceral kick found in watching characters running for their lives.

I think that there’s enough eventual bloodshed to keep the fans happy, but not enough to allow the series to ride off on a high note.

The same holds true for Laurie. She’s still fun to watch, but there’s only so much that a 63-year-old actress can believably handle during the action sequences.

Movies require the suspension of disbelief from the audience, but they also require the filmmakers to make it all seem plausible.

All of which probably explains why the producers are ending the series. Well, ending the series for now, anyway. Fans will mourn the demise of these movies as a regular cinematic event, but they should be even sadder that this cherished franchise stumbles to a conclusion with such a mediocre effort.

Michael and Laurie deserve a much better finale than the one they get in “Halloween Ends.”