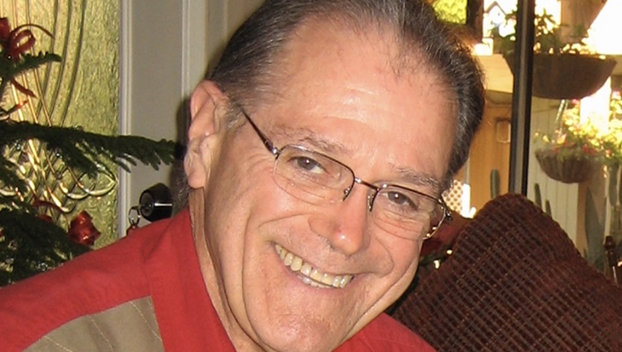 Orange County is mourning the death of a longtime businessman who was also known for his contributions and service to the area in which he lived.

Frank David Claybar, 74, died Oct. 6 at his home in Orange. Services are set for 11 a.m. Friday at Claybar Funeral Home in Orange.

Claybar, president and chief operating manager of Claybar Funeral Home, was taught early on to give back to others, and that’s what he did, said Peggy Claybar, his wife of 54 years.

“He used to say, all these people saying ‘they’ need to do something. He’d say we are ‘they,’” Peggy said.

Claybar took that to heart and stepped up to do what needed to be done.

Many years ago funeral homes were in the ambulance business. Claybar had the foresight to know ambulance service needed to be more professional. He began training his employees in medical emergencies and emergency medical service.

Under his guidance, Claybar Funeral Home was the first ambulance company in the United States to purchase and utilize modular ambulances, which are now the industry standard and currently used in Orange County.

“David was always there through his faithful and unselfish dedication to the employees and citizens of Orange County, from the beginning of Sept. 29, 1980, to the closing of Orange County Ambulance in June of 2006,” Wheeler said in Claybar’s obituary.

The Orange native loved business and loved creating businesses, she added, saying he owned a medical equipment business at one time.

“He was a workaholic, to say the very least,” she said. “He did so much for so many people every single day. He was always like that.”

A licensed funeral director and embalmer, he spent several years in the 1960s and 1970s as president and chief operating manager of Claybar Funeral Home.

He had owned The Sportsman Shop, a retail boat dealership that later became Hodge Boats and Motors.

David served as a board member for 25 years and won the Sportsman of the Year Award in 2000 for the Sabine Chapter of Ducks Unlimited. He also served on the Orange City Council for six years, and was a past, and youngest, President of the Orange Rotary Club.

David and Peggy actually met back when the two were children, having grown up six blocks from each other.

“We had been together since nursery school. Literally that’s where we really met. Our parents knew each other. We met at Presbyterian Day School,” Peggy said, adding they’d been best friends for 70 years.

And even when they dated other people they would end up on double dates together. When they were both 19 they decided they didn’t want to be with anyone else and married.

The couple had two sons and a number of grandchildren and other family members.

Peggy opted to go back to college late in life and became a nurse in her 50s. Claybar loved that she was in the medical field.

Claybar was able to stay connected to the outside world through their conversations after work at the end of the day.

Gothia has been part of Ducks Unlimited for more than 30 years and knows of Claybar’s involvement, he said.

The Claybar family, Gothia said, is involved in the community.

“He set a good precedent for his kids,” Gothia said, adding Claybar taught his children about giving back at a young age.

He said Claybar is one of the types of people that, when something needs to be done, he’d be the one to do it.

“He leaves a lasting mark on Orange County,” Gothia said.