Benefit underway for man who lost leg to flesh-eating bacteria 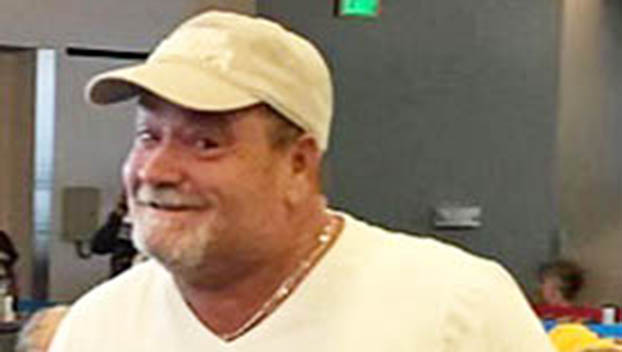 Carlton “Tater” Abney is recovering after having his leg amputated from an infection caused by flesh-eating bacteria. (Courtesy photo)

BRIDGE CITY — Carlton “Tater” Abney has grown up in Bridge City near Cow Bayou. For 16 years, his family has lived in a house on the water. So heading out into the bayou on the weekend of Sept. 18 wasn’t unusual.

“That one weekend we went, he stepped on something and cut his foot,” said Carlton’s son, Colton Abney. “They thought it was a snake bite or spider bite.”

Two days later on Monday, Carlton was suffering but pushed through the severe leg pain.

By Tuesday, Colton took him to the hospital. Four hours later, he was in organ failure and needed to have his leg amputated.

And the family learned, had he not sought medical treatment, Carlton would have died within hours.

What was thought to be a bite was an infection caused by flesh-eating bacteria.

“It was crazy,” Colton said. “They had doctors that came down from Baylor because they hadn’t seen anything like this. It took almost five hours for his organs to start working again.”

While there are several strands of Vibriosis, Vibrio vulnificus can cause necrotizing fasciitis, otherwise known as flesh-eating bacteria, according to information from the Centers for Disease Control.

The bacteria is found primarily in salt or brackish water and is contracted through an open wound, which can be as small as an insect bite. Vibrio can also be spread through the body by eating undercooked shellfish and certain seafood.

According to Texas Health and Human Services, onset of symptoms typically occur from 16 hours to seven days of infection and can lead to sepsis and amputation.

In 2010, only 79 cases of Vibriosis were detected in Texas. That number grew to 289 by 2019, which is the most recent year reported on the state’s website.

The 2019 majority — 49 cases — were reported in Hidalgo County. Bexar County saw 27, while Harris County reported 33. There were no cases reported out of Orange or Jefferson counties.

The Orange County bayou empties into the Sabine River, which feeds into Sabine Lake, the Sabine-Neches Waterway, Keith Lake and Gulf of Mexico.

“They test the waters, they know this is in there,” Colton said. “We’re trying to get this out so it doesn’t happen to anyone else.”

Carlton is facing at least another six months in the hospital, said his son. And currently he’s trying to maintain a positive outlook.

“He knows it was life or death,” Colton said.

But with each day in the hospital comes more debt. Carlton has been administered hundreds of thousands of dollars in medications alone. And even after he’s discharged, the Abney family has to modify their home to meet Carlton’s needs.

Planning for a benefit for early November is underway, but for now those wanting to help can Venmo @Colton-Abney-1.