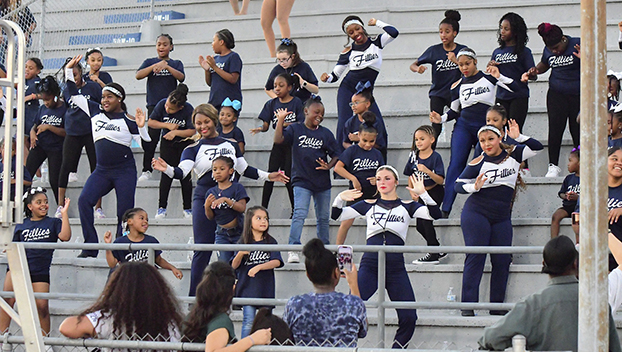 The West Orange-Stark Fillies Drill Team has fun with children at the community-wide Pep Rally held at Dan Hooks Stadium this week in preparation for Homecoming festivities Friday night, when the Mustangs welcome in Liberty.

There was a tremendous turnout for the parade down Newton Avenue as people lined up cars down the whole route.

The youngsters with the Fillies were performing with their “older” heroes after attending a camp this past week.