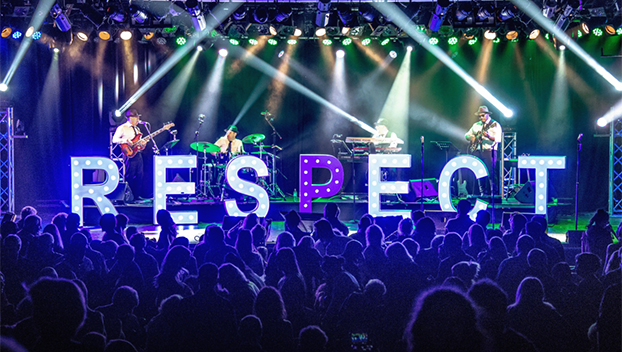 The Lutcher Theater is opening its 43rd season with R.E.S.P.E.C.T., an electrifying tribute celebrating the legendary Aretha Franklin.

This concert event plays one-night only Oct. 22 at 7:30 p.m., and tickets can be purchased at lutcher.org.

“We are excited to kick off our season with R.E.S.P.E.C.T.,” said Lynae Sanford, executive director of the Lutcher Theater. “This show is sure to have you dancing in the aisles and singing out loud to all of our favorite music from the Queen of Soul!”

R.E.S.P.E.C.T. showcases the soundtrack of an era that brought Franklin worldwide acclaim singing hits such as, “Natural Woman,” “Think,” “I Knew You Were Waiting for Me,” “Chain of Fools,” “Respect” and many more.

The talent bringing this show to life has been found in New York’s Trejah Bostic, the lead singer of the band, supported by vocalists Meghan Dawson, Nattalyee Randall and Ashton Weeks, who also serve as the evening’s hosts, and Jasmine Tompkins, the vocalists’understudy.

For more information or to purchase tickets for R.E.S.P.E.C.T., visit lutcher.org.