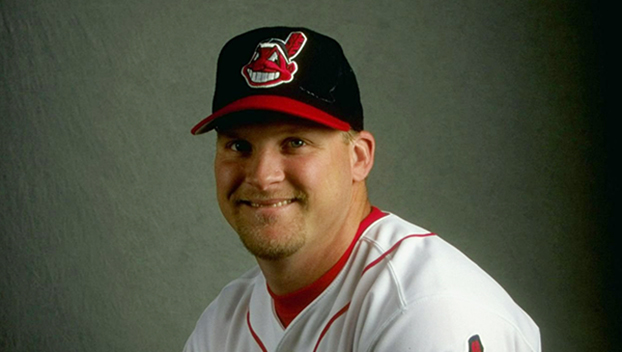 West Orange-Stark fans, along with fans from all across the Orange County, remember how hard-nosed and tough of an athlete Bruce Aven was with the Mustangs in baseball and football.

He left it all on the field, no matter what venue or surface he was playing.

Now the former Mustangs great and Major League Baseball player is being honored by his college.

Lamar University is inducting Aven into its 2022 Cardinal Hall of Honor Class. Aven attended Lamar from 1991-1994 and was a baseball stalwart each season.

The ceremony takes place Oct. 22. The 2022 induction class is being honored at halftime of the Cardinals’ game against Prairie View A&M.

“We’re extremely honored to be announcing the 2022 class,” said LU Director of Athletics Jeff O’Malley. “This is a diverse group of student-athletes who cover several decades of Lamar athletics. Each one brought honor and distinction not only to their respective sports, but to the university as a whole. Congratulations to each one of them and I look forward to having them back on campus.”

The 2022 induction class includes four decades of LU athletics (1970s, 1980s, 1990s and 2010s) and represents as many sports. The class also includes two two-sport letter winners in Davis (football and track & field) and Heisler (volleyball and track & field). The group combined for 11 all-conference honors, three conference individual titles and multiple school records over the course of their careers.

A four-year letterwinner for the Cardinals, Aven won the Al Vincent Award after hitting .380 with 13 home runs and driving in 67 runs in 1993. His efforts on the field led to a first-team all-conference honor as the Cardinals won the Sun Belt Conference Tournament and advanced to the NCAA Championships. Aven finished his career third all-time in runs, fifth in hits and stolen bases and seventh in RBIs and total bases. Following his collegiate career, Aven spent five seasons in Major League Baseball playing for the Cleveland Indians, Florida Marlins, Pittsburgh Pirates and Los Angeles Dodgers.

A three-time All-Southland Conference selection, Begelton is a Beaumont native who came to LU in the early stages of the program’s rebirth and merely rewrote the schools record books. A 2015 graduate, Begelton owns the school’s single-game (18), season (82) and career (227) records for receptions. He also set the school’s all-time record in receiving yards (2,435) and finished second all-time in touchdown receptions (20), missing mark by just one grab. Ranked among the school’s all-time leaders in points, Begelton finished his career as the Southland Conference’s second all-time leading receiver. A first-team All-SLC pick as a senior, Begelton has become one of the elite receivers in the Canadian Football League, helping Calgary to the 2018 Grey Cup and has been named a CFL All-Star. He has also spent time in the NFL with the Green Bay Packers.

A two-sport letterman, Davis was a two-time All-Southland Conference selection on the gridiron at defensive tackle, becoming just the fifth player in school history to receive all-conference honors as a defensive tackle. He ended his football career with 230 total tackles. Davis also found success in track and field where he dominated the league in the discus throw. A three-time SLC individual champion in the event, Davis recorded the fifth-best throw at the SLC Championships history (168-11.00). He is just one of 32 Southland athletes to be a three-time individual champion in the same event, and one of just three Cardinals.

A former All-Southland Conference selection, Harris holds the fifth and seventh-best single game receiving marks in school history During his junior season, Harris hauled in 911 yards which still stands as the fourth-best single-season mark in the LU record books. He is just one of four Cardinals to record at least 900 receiving yards in a season. During the 1981 season, Harris hauled in 61 passes which still stands as the school’s fourth-best single-season. Despite having finished his career four decades ago, Harris remains among the school’s all-time top 10 in receiving yards (1,624) and all-purpose yards (2,459).

Another two-sport letterwinner for the Cardinals, Heisler guided the volleyball team to 93 victories during her four seasons on campus, including a 30-win season and an American South Conference title in 1990. An All-ASC selection, Heisler graduated as the school’s all-time leader in digs and assists. Despite wrapping up her career in 1991, she still ranks among the school’s elite in single-season and career assists. In track and field, she asserted herself as one of the school’s all-time greats in the shot put. She still holds the school’s indoor record in the shot put (44-1.00) and the school’s third-best mark in the outdoor shot (42-1.25).

The induction ceremony will be held Oct. 22, at 10 a.m. in the Setzer Center Ballroom. Tickets for the event are $35 and go on sale this week. Fans can purchase tickets by going to www.LamarCardinals.com/tickets.