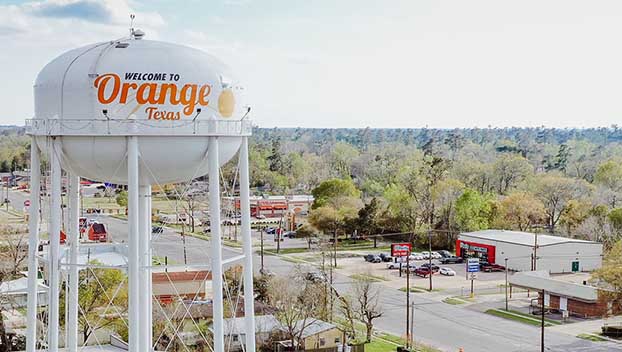 Those who have only lived in Orange since the late 1960s have no idea what a thriving business district the three blocks of Fifth Street between Division Avenue on the south and Green Avenue on the north were before “The Fire.”

On March 14, 1963, a fire that was attributed to an electrical fault started in one of the stores on the east side of Fifth Street in the 200 block. The fire got into the attic spaces of the stores and raced from one end to the other.

Seven stores were destroyed and the death knell for downtown Orange sounded.

Orange as a town developed along the river on what would become Front Street running east and west. The later development from south to north happened on Fifth Street.

In its glory days there was nothing that a citizen of Orange needed that could not be found on Fifth Street. You could see a doctor or a lawyer, buy eyeglasses, eat a meal, buy real estate, get it insured and have the abstract work done. You could buy jewelry, stationary, medicine and send a telegram.

Clothing was sold for babies and grandmas. There were shoes, purses, belts and neckties at several stores. The newspapers were sold at the news stand. If you got too tired to go home, you could stay at the hotel. You never had to leave Fifth Street.

The 100 block of Fifth Street started at the intersection with Division Avenue near the river. At 100 Fifth in the 1940s there was the Playland Bowling and Roller Rink. Across the street at 101 Fifth was the New Holland Hotel. In addition to the hotel there were assorted business in the lobby, the Holland Hotel Dining Room, the Holland Watch Shop and the Holland Hotel Barber Shop. The Rotary Club and the Lions Club had meeting rooms in the Holland Building.

Next to the hotel was the first location of Texas State Optical at 103 Fifth, Nelson’s Style Shop with women’s clothes was also at that location. At 105 Fifth was Staudt’s Jewelry and the Clough Blueprint and Supply Company. 107 Fifth found the Orange Supply Company selling furniture and hardware. Across the street at 106 were the Star Taxi Company and the Red Top Taxi.

The Orange Novelty Company was located at 110 Fifth Street. They were a business dedicated to the sales of phonographs. United Gas Corp. was at 111, the Western Auto Associate Store occupied 113 and at 115 was Ensign Auto Supply. The block ended at 117 where the Orange News Stand was located.

The First National Bank had built on the corner of Fifth and Front in 1902 at 201 Fifth. The bank was on the ground floor and there were seven assorted businesses occupying the second floor. You could see a doctor, buy real estate, insurance or have your picture made in the offices there.

At 202 Fifth was the Standandeat Restaurant. Hopefully there were chairs.

Rips Café at 204 Fifth was next door to one of Perry Brothers 5c to $1 Department Stores at 205. The other Perry’s location was a block north at 304 Fifth. 205B was the location of the Orange Insurance Agency, the Orange Investment Company, selling real estate and the Orange County Abstract Company.

206 Fifth was the Domino Club. 206 ½ Fifth was a group of four rooms, two were vacant. Robert L Patterson occupied one, R. Lee Davis, attorney and the Veterans of Foreign Wars Post No. 2775 shared the other.

J.C. Penny was at 207 Fifth. H.L. Cohenour and Company, Jewelers and Howard L. Cohenour, Optometrist shared 207A. At 207B was the Goldfine’s Department Store.

208 Fifth was the Williams Drug Company. Inside208A, The Specialty Shoppe sold women’s clothes. The Bengal Theatre showed movies at 209Fifth, across the street at 212, the Gem Theatre did the same.

Velma’s sold ladies ready to wear clothes at 210. Velma’s shared space with the Western Union Telegraph Company and the Sweet Shop. Orange Drug was at 211, 212A was the Sabine Coffee Company vendors of wholesale and retail coffee. Service Drug was on the corner of Fifth and Main at 212B.

The 300 block was occupied by Orange National Bank at 301 and across the street at 302 was Green’s Department Store.

Where the block ended was the A B C Store No. 1 for general groceries, Lehman’s Market, and Henry Crew’s Fruits filling out 304 to Green Avenue.

By the 1950s things had changed a bit on the street. The Jack Tar Hotel had opened at the end of Fifth on Division and the Holland Hotel had been torn down. First National Bank had built a new building on the corner of Fifth and Green Avenue. Perry Brothers had consolidated to one store and relocated to the corner of Fourth Street and Green Avenue.

JC Penny had built a new store on the corner of Fifth and Green Avenue, diagonally across from First National Bank.

The city-operated busses stopped running sometime in the late 1950s.

Some of the doctors, lawyers and insurance agents opened new offices in new locations. The Gem Theater closed and left the Bengal the only theatre on Fifth. There were two other movie theaters in Orange, the Royal between Fifth and Fourth on Front and the Strand, where Short Sixth Street ended at Front.

In the 50s, some people still came to town to visit on Saturday. Kids would go to the “Kiddie Shows” on Saturday morning and stay until Saturday afternoon.

Even though there had been changes, things were still very familiar on Fifth Street: until the 1963 fire. One half of the 200 block of Fifth was gone in a few hours.

Service Drug Company, Velma’s Dress Shop, Toyland, Western Union, Singer Sewing Machine Company, the Steak and Shake café and Roberta’s Jewelry Store were gone; only the shells of the buildings remained. The fire had burned through the ceilings, dropped down and gutted the businesses.

Shopping malls were being built. They were a line of stores connected together, accompanied by large parking areas, hundreds of free parking spaces. The Gateway Shopping Center had been built in Beaumont, Jefferson City in Port Arthur was operating and the MacArthur Shopping Center was opening in Orange, across Adam’s Bayou from downtown.

Demographics were changing. People liked the idea of having so many places under one roof. At the malls they did not have to cross streets and contend with traffic. They especially liked no longer having to feed parking meters.

One by one the businesses that were left downtown either started to move out of downtown or close. The buildings that were ruined in the fire were not rebuilt.

Eventually the area that burned became the site of the new Orange Public Library.

As buildings became vacant downtown, the Stark Foundation bought them and built the Lutcher Theater on the east side of the 200 block of Fifth between Front and Main Avenues.

A new building was built for First National Bank on the corner of Sixteenth Street and Green Avenue. The downtown bank building was taken over for the offices of the Stark Foundation.

What was once the business center of Orange is no longer there. The downtown area is occupied by Lamar-Orange, the Orange Public Library, The Lutcher Theater, The Stark House, The Stark Museum, The Stark offices, The new Senior Center, and a group of small office buildings. The only retail businesses left in the old Fifth Street area are The Orange Stationer and Farmer’s Mercantile.