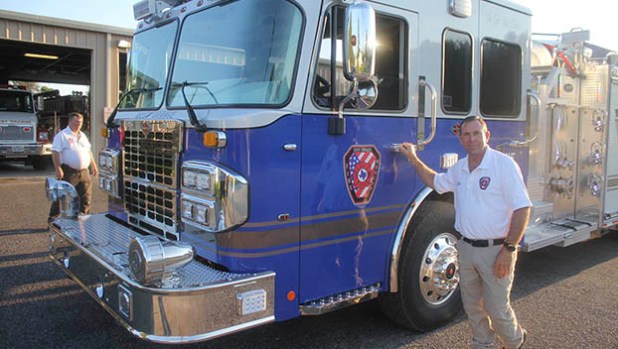 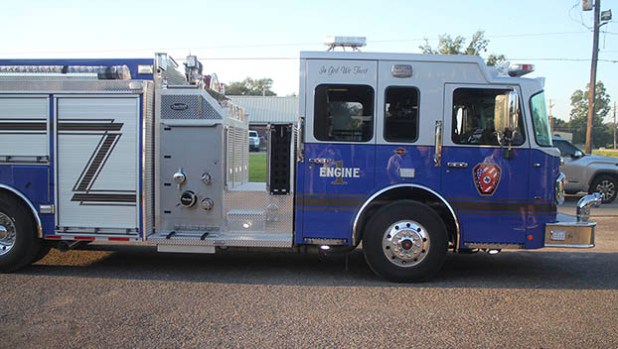 One of the most intriguing features is the truck is blue with some streaks of silver on the sides. (Van Wade/Orange Leader) 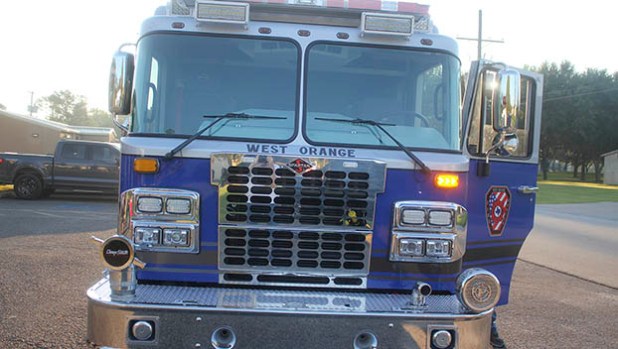 WEST ORANGE — The West Orange Volunteer Fire Department now has a grand new fire truck that will be able to do superb things for the community.

The new fire truck was displayed Wednesday morning and is something Fire Chief David Roberts is extremely proud of.

“It was manufactured by Deep South Company and it is loaded. We couldn’t be happier,” said Roberts. “It has a 1,250 pump and has a 1,000 gallon tank. It’s going to be so valuable to the community.”

Roberts loves the load the truck can carry.

“It’s large enough to carry five firefighters and a lot more extra rescue equipment then our other trucks are providing,” said Roberts. “We want to have as much rescue equipment as possible and ready to go when we reach any kind of scene, whether it is a fire or an accident.”

Roberts said the lighting on this truck is specially equipped and has high illumination.

“That means when we are at a scene, like a major fire or major accident, it lights everything up, so all of the responders can see what is going on better and where the hot spots are,” he said.

The more firefighters that can hop on the truck and get to a scene makes so many things operate better.

Being a volunteer fire department means many of the West Orange responders arrive to a scene in their very own personal vehicles.

Having a bigger truck that can carry more people helps eliminate congestion at a scene and alleviates possible traffic jams for everyone involved, Roberts said.

One of the most intriguing features is the truck is blue with some streaks of silver on the sides.

“We wanted a truck that looks like it represents West Orange and the community,” said Roberts. “So, there isn’t any other color better than blue around here. It’s a beautiful truck, and I think it helps lift the morale of the community. It’s something the community can be proud of. We are certainly going to do our part to keep it up and maintain it. We’re blessed to have it.”