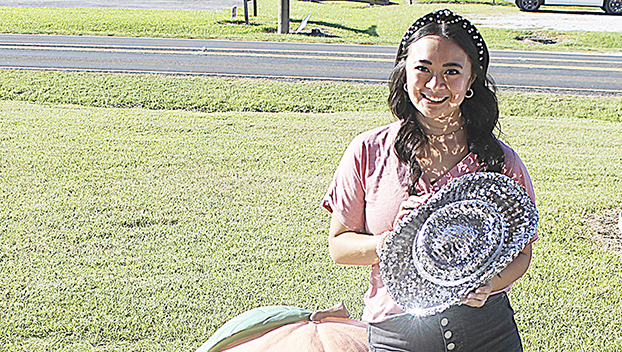 ORANGEFIELD — Orangefield senior Asia Tran loves working with children, and with her endearing personality, they certainly have loved her.

Tran is a wearer of many caps at Orangefield and she thrives on soaking in every moment.

She is heavily involved in Orangefield’s Ready, Set, Teach Program. But that’s just a start. She is the senior class president, the Interact president and FCCLA president. And yet she still finds time for her passion – dancing and being a line officer for the Sophisticats drill team.

She was busy working with second graders in Ready, Set, Teach before she found time to sit down and express her passions.

“I simply love being around kids and helping them learn and communicate,” said Tran. “It’s a great feeling to be a part of a child’s development. I feel I could be a good teacher, but I would love to be a student counselor and major in child psychology when I go to college. I’ve always dreamed about working with kids and watching them progress into special people.”

“She is the type of kid that just energizes people and she loves watching other kids flourish,” said Wrinkle. “She’s a gem around here for sure.”

Tran’s attitude and demeanor towards life are great, and everyone feeds off her smile, said Wrinkle.

“Asia Tran is what campus life is all about,” Wrinkle said. “She loves her school and will do anything she can to shine a bright light on our district. She’s one of those kids we will all miss when she graduates, but she has a great future in front of her.”

Tran has been a class officer the last three years and is enjoying her role as the senior class president.

“We want to have another Jolly Trolly Day, where we collect treats and pass them out to the faculty and show them the appreciation they deserve,” said Tran. “We also get our dances prepared, moving tables around before and after dances and promoting them to get as many people out for them.”

Tran stays busy, and they are preparing to decorate the halls and planning for prom decorated to “get it all fancy, a lot goes into that.”

“What is going to be tough is I’m one of the ones that helps choose our class motto, class song and class quote,” she said. “It’s kind of bittersweet because I love this school and all my friends, teachers and staff. Orangefield is such a wonderful place.” 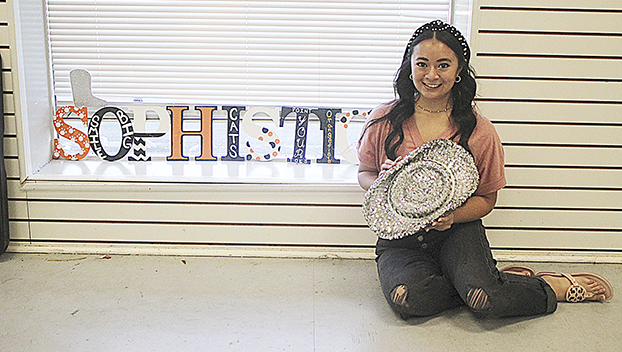 Orangefield senior Asia Tran is involved in several community-driven clubs on campus and is a proud member of the Sophisitcats drill team. (Van Wade/Orange Leader)

Tran takes a lot of pride in the Interact Club, which she describes as a tremendous community service group.

Her favorite project each year has been collecting food for the Granger Chevrolet Food Drive. They did a great job collecting last year and want to collect more this year.

They also unload the trucks at Orange Christian Services and at the Salvation Army.

“It’s so worth it when the sponsors explain where it is all going and the number of families that it will help,” said Tran.

FCCLA (Family Community Career Leaders of America) is school- and community-related, as well.

Its biggest project last year was collecting and donate toys and items to the Salvation Army Toy Drive.

“We got to go around in Polar Express pajamas and collect toys,” Tran said. “The most worthwhile moment was when we delivered them to the Salvation Army and how excited they were there. It’s such a great experience, and all the schools in our area are involved. Every child deserves a Christmas experience.”

FCCLA stays busy preparing for Twirp Week and coming up with ideas for each dress-up day.

Tran also took a trip to the Texas Girls State Camp in Seguin, where she collected a lot of information.

“There were over 500 girls there and I gained so many new friends. It was so uplifting,” said Tran. “We gained so much learning from each other and picking up some great ideas. It was a great way to network and meet new people.”

Tran loves that she can juggle so many things and work in her time on the Sophisticats drill team.

“To me, dancing is relaxing,” she said. “Being a part of the drill last year was so special, and Friday nights are so amazing, watching the football team when the stadium is full and everyone is cheering for us, the band and the cheerleaders.”

She tells younger drill team members to be proud and represent the school well.

Tran was told by many of her older friends to get involved in high school and enjoy every second, because it goes by fast.

“There is just something about being a student at Orangefield,” said Tran. “We’re like a big family here. We have such a tight-knit community that loves to support the school and our students. I will always be proud to be a part of it.”

Tran is the daughter of Yvette Canales and Shawn Tran.