Tough night on the road for Bears, Bobcats 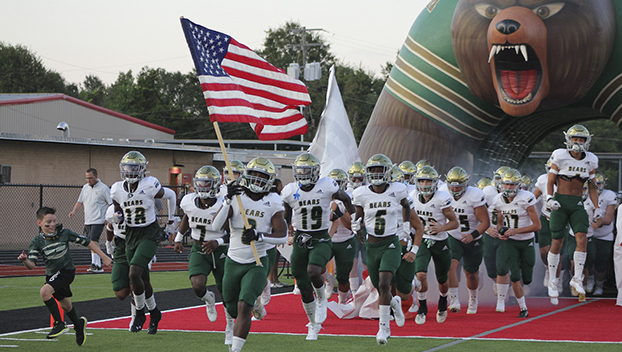 It was tough sledding for both the Little Cypress-Mauriceville Battlin’ Bears and Orangefield Bobcats as they went on long road trips in non-district action Friday night.

The Falcons went into halftime with a 10-6 advantage.

Kincaid opened with some flair when Micah Bell broke loose for a 77-yard kickoff return for a touchdown as the Falcons snared a 7-0 lead.

LC-M senior running back Da’Marion Morris finished off a nice Bear drive when he scooted into the end zone from a yard out early in the second quarter. The extra-point attempt was blocked but LC-M pulled to within 106.

The Falcons capped the half with a 26-yard field goal. Kincaid added a pair of touchdowns in the second half and the Falcons defense stifled the Bears in the last 24 minutes.

Both defenses shined. The Falcons held LC-M to 181 total yards, 110 coming on the ground and 71 in the air.

The Bear defense played solid, holding the Falcons to 244 total yards, with 181 yards coming via the ground.

The Bears will have their bye week next week and will host Spring Legacy for Homecoming Sept. 30. The Bears open district play Oct. 7 at Vidor.

The Bobcats will host the Buna Cougars (1-3) in their district opener next week.