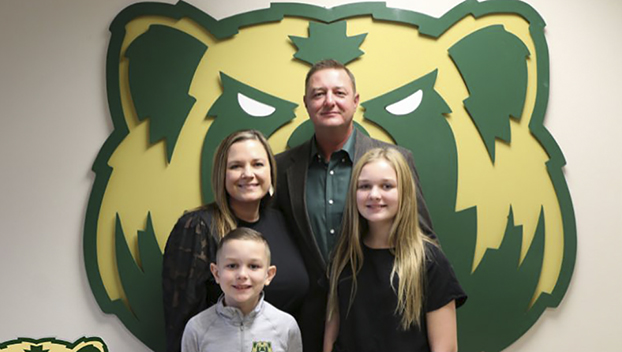 The Little Cypress-Mauriceville School District would like everyone to welcome Kevin Wallace to the LC-M Board of Trustees.

Wallace is a longtime resident of the district. He attended grade school in Little Cypress and graduated from LCM High School in 1998.

Following graduation, he attended college at Lamar University and Lamar State College-Orange. There he graduated with an Environmental Science degree and a degree in Process Operating Technology.

Wallace has been employed at the Valero Port Arthur Refinery since 2005, currently as a Process Controls Specialist.

He and his wife, Jaclynn have two children: McKinley, who just started her first year at LCJH, and Jack, who is a third grader at LCE.

“I’m honored to serve our community as part of the LCM Board of Trustees,” Wallace said at the Board Meeting this week.

“I simply want to do what’s in the best interest of every child in the LCM community. I believe our school district has been moving in the right direction, and I am excited to be a part of it through my service on the Board of Trustees.”