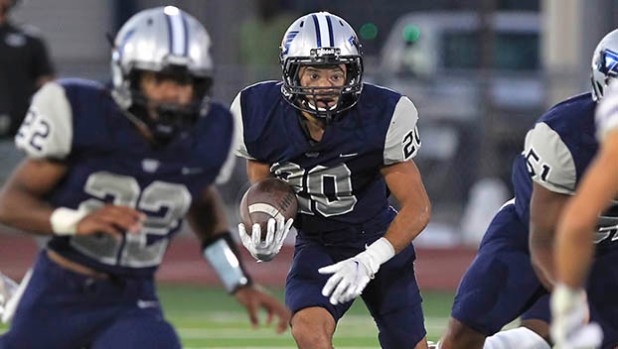 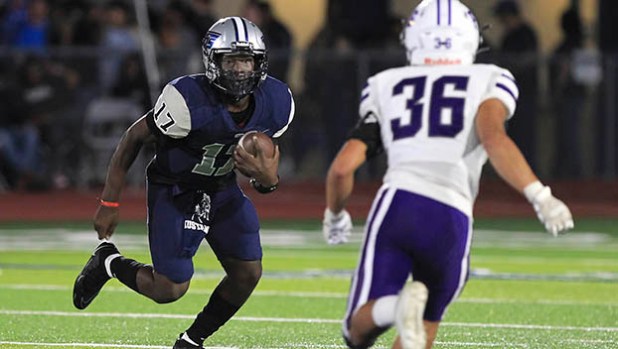 WEST ORANGE – The West Orange-Stark Mustangs were upset at home by the visiting Port Neches-Groves Indians, 27-6 at Hooks Stadium Friday night in front of a big crowd.

“It just didn’t seem like we had it going tonight,” Mustangs head coach Hiawatha Hickman said post-game. “I was worried about these guys. With their size, they were going to give us some issues up front. If we didn’t get started fast, it was going to be a problem.”

Like Coach Hickman said, a slow start led to serious issues for the Mustangs. West Orange-Stark looked uncharacteristically lifeless on offense Friday night. A typically high-scoring unit was held to just under 75 total yards in the first half. While PN-G’s offense didn’t look particularly dominant either, they more than doubled their opponent’s total with 210 total yards at the half.

PN-G finished with 389 total yards, 279 on the ground. The Indian defense limited the Mustangs to 208 yards.

The Mustangs’ Jamaal Shaw intercepted PN-G’s first pass of the night, but the offense flamed out and failed to capitalize on the turnover. Neither team was able to advance very far onto each other’s territory, trading possessions on the first five drives of the game.

The tide began to turn with 3:55 left in the first quarter. The Indians’ strung together their first productive series from scrimmage, powered by senior halfback Tommy Reed. They took the ball from their own 48 all the way to the end zone, with Shea Adams scoring on a six-yard touchdown rush at the end of the quarter. Adams finished with 75 yards on 10 carries and caught five passes for 67 yards.

PN-G (2-1) scored again with four minutes to go before halftime. A 12-play drive was capped off by a 15-yard rush for a touchdown, the second one on the night from Adams.

West Orange-Stark still failed to advance past their opponent’s 40, punting again. While PN-G’s Isaiah Nguyen broke a big run down the middle gap for 53 yards, the team’s kicker missed a 40-yard attempt to close the half.

The Indians received the second half’s opening kickoff and proceeded to march down the field with yet another statement drive. This one was finished off by a 20-yard touchdown pass from Cole Crippen to Adams, who showed off his athleticism and hauled in a leaping catch over the defensive back for a score. With seven minutes to go in the third quarter, PNG held a comfortable lead, 21-0. Crippen finished with 110 yards passing on a 10-for-22 effort.

The West Orange-Stark offense showed its first sparks of life around the four-minute mark in the third quarter. While the Mustangs rotated between quarterbacks for much of the game, Keyshawn Robinson found his stride with a 53-yard touchdown pass to Dakarion Judge along the right sideline. While Jailen Brown was stuffed at the goal line on the two-point conversion attempt, the Mustangs finally put points on the board. Robinson completed 6-of-15 passes for 97 yards and had 37 yards on the ground. Judge hauled in four passes for 64 yards.

With a 21-6 lead, PNG kept the pressure on. It took them just five plays to take the ball almost 65 yards for another score. Adams’ huge night continued as he took a direct snap and rushed for a 21-yard score, extending the lead to 27-6. They failed to convert the PAT after a bad snap flew past the place-kicker.

West Orange-Stark took the following kickoff from their own 18. A costly penalty left them facing a third and 20, but Robinson scrambled into the open field for a massive 49-yard gain. On the following play though, Judge fumbled the ball, which was recovered for PN-G by Nick Gardiner.

On the very next play, WO-S regained possession when Andrew Wilson scooped up a PNG fumble. However, the Mustangs’ offense stalled out one final time, punting at the tail end of the fourth quarter. Port Neches-Groves ran down the clock, claiming a 27-6 win on the road.

“It was just one of those nights,” Hickman said. “All I know is we’ve got to correct it and get ready for the next game.”