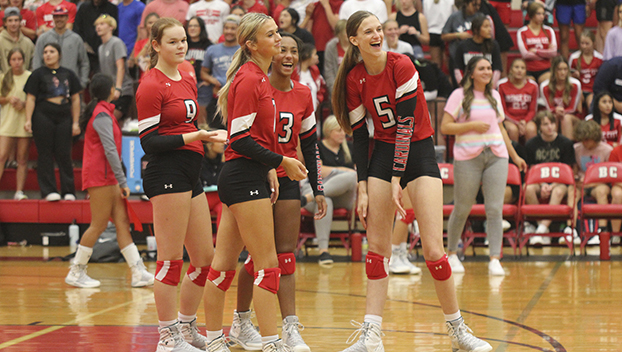 The Bridge City Lady Cardinals swept the Silsbee Lady Tigers in their District 22-4A opener as they are on a quest to defend their title again this season. (Van Wade/Orange Leader)

SILSBEE – The two-time defending District 22-4A champion Bridge City Lady Cardinals got off to a great start of the district season by sweeping the Silsbee Lady Tigers 25-8, 25-11, 25-13 in their district opener.

Taryn Doiron put together 17 assists to go along with eight kills and four aces.

Greenlea Oldham powered her way to 12 kills and three blocks for the Lady Bobcats while Mackenzie Haley contributed seven kills.