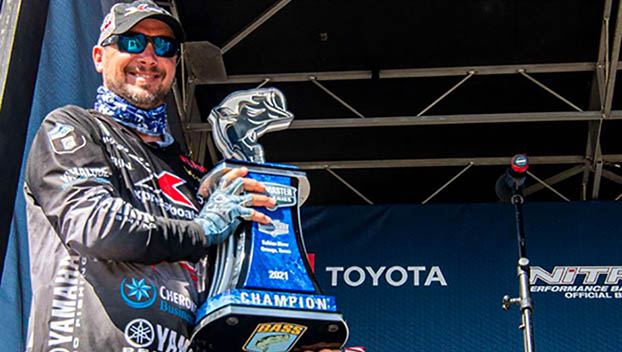 It’s going to be another festive time for the Orange area as the 2023 Bassmaster Elite schedule features a stop in Orange and the Sabine River June 1-4 of 2023.

The organization visited the Sabine River five times for major events since 2013, including a 2021 Elite stop won by Oklahoma pro Jason Christie.

Anglers’ skills will be on display for enthusiastic fans as they weigh in among a festival-like atmosphere featuring some of the largest crowds the Elite Series has ever seen. During that 2021 visit to Orange, an Elite Series record crowd of 40,107 fans attended the four-day event while generating more than $2.5 million in revenue for local businesses.

With the 2022 Bassmaster Elite Series season barely in the history books, B.A.S.S. is already getting primed for another go-round as the 2023 Elite Series slate was announced Tuesday.

The schedule includes nine regular-season events in seven states with a healthy mix of familiar fisheries from recent schedules and some B.A.S.S. hasn’t visited in a while.

Along the tournament trail, these talented anglers battle each other — and big bass — for the titles of Progressive Insurance Bassmaster Angler of the Year, Falcon Rods Rookie of the Year and Elite Series champion.

B.A.S.S. CEO Chase Anderson lauded the schedule as another opportunity for the best professional anglers in the world to showcase their talents on diverse and exceptional fisheries.

“The 2023 Elite Series schedule allows us to visit multiple regions — including fisheries where we haven’t been in many years — to celebrate fishing fans and our great sport,” Anderson said. “Anglers are tested in a variety of environments, truly battling for the right to call themselves the Angler of the Year or Rookie of the Year.

“And, of course, for approximately 40 of those anglers, the nine Elite Series tournaments are the pathway to fulfill a dream and compete on the biggest stage in sportfishing — the Academy Sports + Outdoors Bassmaster Classic.”