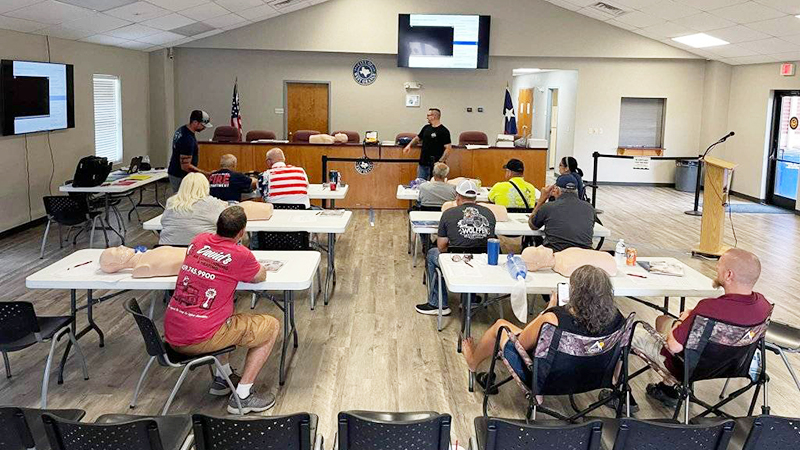 The training was for basic life support, CPR and first aid.

Hartsfield, who has been with West Orange VFD for more than a year and has also served as a volunteer firefighter with the Port Neches Fire Department for more than six years, said this helps better prepare for calls.

Certification for CPR must be renewed every two years from the date it was received.

The class covered adult and infant CPR, as well.

Plans for a countywide training course are underway in an effort to unify multiple departments, he said.

West Orange VFD has approximately 22 members on the roster.

Assistant Chief Simmie Gibson said a majority of the calls they respond to are medical in nature.

While the training is mandatory for their work, it also fits in line with serving the community.

VFD Billy Moore said for most of the group this was a refresher course, as most are already certified and all in all the instructors did a really good job.

Authorities with the City of West Orange highlighted the recent training on its Facebook page saying it is one of the many educational programs the department has completed in “recent months to increase and maintain competency to save lives.”

“We commend these volunteers for taking the time out of their busy lives to be the best they can be for our and surrounding communities,” the post read.

West Orange VFD membership applications can be obtained at The West Orange City Hall, 2700 Western Ave., from 8 a.m. to 5 p.m. Monday through Friday.