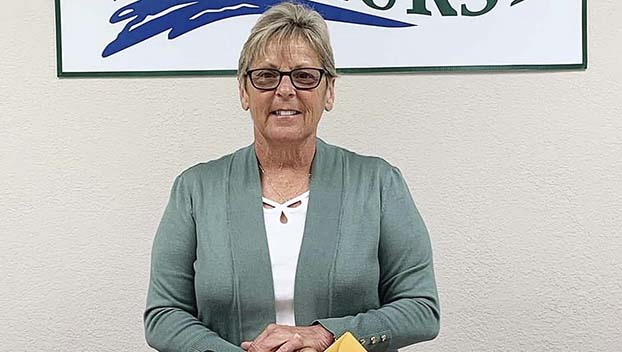 PINEHURST — Sarah McClendon, the new Pinehurst Mayor, has made it her mission to knock on doors, introduce herself and find solutions to the city’s problems.

“When I ran for mayor, my platform was to get the city cleaned up, fix the drainage issue and create growth,” McClendon said. “Due to hurricanes and the devastation it has caused our city and residents, we hope to get the issue fixed sooner rather than later. Right now, we are waiting for the county and Judge John Gothia to let us know where we stand, and that may take a year from budget to hiring contractors.”

The former mayor, Pete Runnels, asked McClendon to run for office due to her persistence and determination to repair the city, she said.

“At the time, I was on the city council for seven years,” she said. “During that time, we fought for our streets to be paved. It took a year to get approved for the grants, and then it took another six months to begin the program. After nine months, the roads were restored. We also replaced lines in our sewer system. We received grants for our lift station and replaced our generators.”

McClendon said it is important to her to make residents feel safe and have their opinions heard.

“During a council meeting, a resident came and voiced their concerns over a golf cart ordinance,” she said. “After the meeting, I felt like it was important to go to his house to speak with him further. It takes a lot to sit in front a city council, and I wanted him to know that we are here for him.

“And I follow-up with each individual who comes to me to provide solutions to their problems that are in my control. It is a tough thing to feel like you have an issue and you are not being heard, so you must resort to going to a city council. Being personable with the people who work, live and raise families and want to be here in Pinehurst is important to me.”

Mayor Sarah McClendon and Pinehurst Aldermen go through the swearing-in process in May. (Courtesy photo)

A grant approving a build for a senior living may open properties for younger families to reside.

“It will be a 60-unit facility on Highway 90,” she said. “I want to see Pinehurst grow with more families, and we are getting new families.”

When McClendon ran for mayor, she went door-to-door to greet everyone.

“I learned a lot by doing that,” she said. “I encountered a new family and they thought it was really cool that a city council person running for mayor was welcoming them personally. I have been back to their home several times since to check on them. Most of the city knows where I live.”

McClendon said the city is an ideal location for growing families and aims to attract that demographic.

“The city of Pinehurst can offer things that a larger city cannot compete with like emergency response time from drainage issues to trash pickup,” she said. “A quick response time is something that this city is accustomed to. You do not get that in larger cities. Our school district is West Orange-Stark, and we also have a lot of small businesses. It is a personable place to raise a family.”

Parks and Wildlife is working with the city to create a space for outdoor activities.

“On Park Avenue, I want a large gathering area,” she said. “A pavilion, picnic tables and barbeque pits in the park and a boat ramp on Adams bayou.  We have a lot of fishermen, and they want to utilize the area.”

From repairing roads and drainage to greeting new residents, McClendon cares about the health and safety of the Pinehurst community.