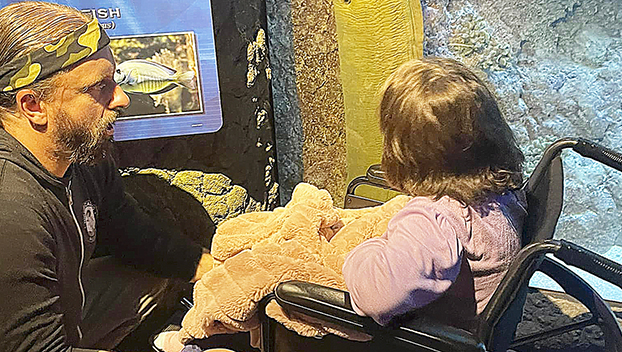 Several weeks ago, Chester Moore’s daughter received an Amber Alert on her phone.

“Every time my daughter gets an Amber Alert, she runs in there and tells me that we have to pray for that kid.”

And the widely-known outdoors journalist does.

“I love wildlife, but the two most important things — other than my family — are Christ and children,” he said. “That’s my priority.”

With that priority in mind, Moore and his wife created a ministry in Orange that uses wildlife to help children with critical illnesses, those who have suffered through certain tragedies, and victims of human trafficking.

And six weeks ago, a familiar face visited the facility in Orange.

“I kept thinking I knew this kid from somewhere,” he said. “She was the Amber Alert we had prayed over earlier.” 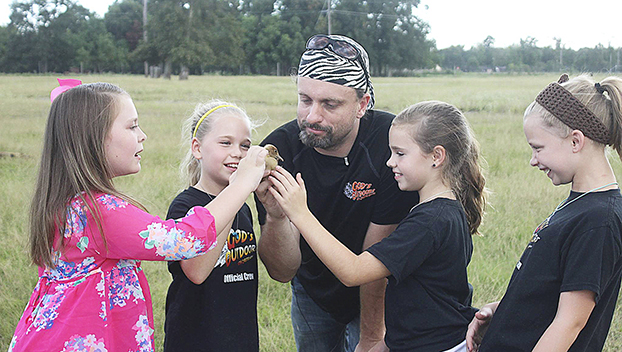 Moore addressed a Rotary Club last week, speaking about his ministry, starting with how he became involved in wildlife.

“I grew up hunting and fishing with my dad. My dad would take me to Pleasure Island, and we’d sit on the rocks on the south levee…and hopefully catch a big alligator gar,” he said. “We have an area with incredible outdoor resources. We really do. The Gulf of Mexico is so close to us, and the fishing that comes from the Gulf of Mexico and Sabine Lake up the Neches River the Sabine River is great.”

At the age of 19, after winning an award on a column he had written, the Southeast Texan began his career in journalism.

“‘You have a column about birding. That is not an outdoors column.’”

Moore was hired to write for free, ultimately making it into a full-time career and is currently the editor-in-chief at Texas Fish and Game Magazine. 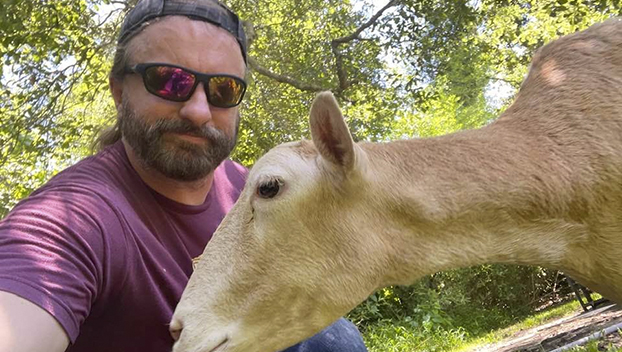 “It was a niche I was able to fill here because I see the outdoors a little differently than a lot of people,” he said. “But that’s really the key in life. Find what God made you to do. So I’ve been blessed to do this.”

But, he said, there’s something more important to him.

Ten years ago Moore and his wife founded Kingdom Zoo Wildlife, a non-profit zoological facility with 35 species of exotic animals.

“Our mission is to bring the love of Christ to hurting children through wildlife, so we work with kids in the foster system,” he said. “We go to group homes like Girls Haven. We go to Boys Haven. We work individually with families. We work with children who have terminal illnesses, parental loss and sibling loss.”

And recently they added victims of human trafficking to the list, which ultimately led to the encounter with the child from the Amber Alert.

“It happens to all of us — something tragic happens,” he said. “And for whatever reason, let’s say that tragedy happened on March 3, 2022, in our mind it’ll never get better than March 2, 2022. But if you can take moments and let them know that great things can still happen to them, that’s really the ticket to what we’re trying to do.”

The ministry’s signature program is called Wild Wishes, where they grant wildlife related wishes for children in need.

Two weeks ago they completed the 176th one.

In June, young musician Moriah Formica visited the facility, posting to social media a photo of her holding a fish she had caught.

“This was super fun,” she wrote.

To learn more about Kingdom Zoo Wildlife or to help donate to their cause, visit kingdomzoo.com.