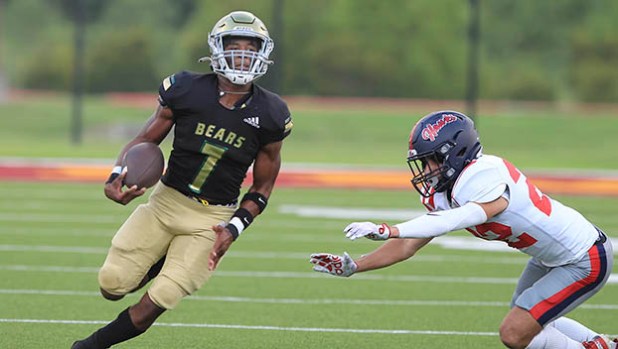 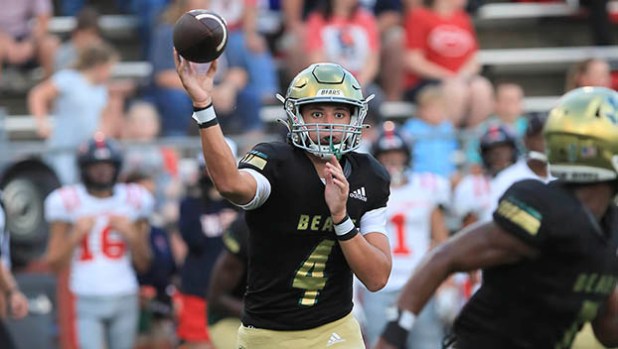 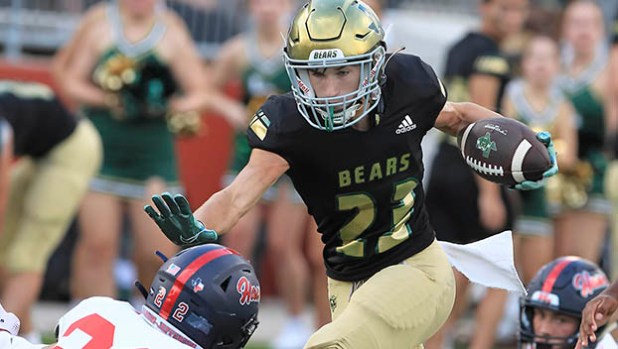 The game got canceled with the Bears ahead 7-0 with a little more than two minutes left in the first quarter.

The two teams will pick up where they left off Friday at 5:30 p.m. at Port Arthur’s Memorial’s Stadium.

Lightning strikes delayed the game six times, as after each close strike, 30 more minutes were put on the clock for the teams to wait. Finally a torrential rain that went on for more than an hour sealed it.

“The weather tonight was a nightmare,” said LC-M Superintendent Stacey Brister. “We’re happy that the kids will still get in the game on Friday because they deserve it. It’s the first game of the season. We’re very grateful to Port Arthur Memorial for letting us use their facility. Hopefully the weather will behave (Friday).”

The Bears were outgaining the Hawks 183-7 when play ended.

A few penalties, a turnover and a missed field kept more points off the board for the Bears.

Senior running back Da’Marion Morris had a huge start as he zipped through the Hawks defense for 108 yards on just nine carries.

The Hawks offense sputtered. Quarterback Carter Mouton was 2-of-7 for four yards and was picked off. The H-J running game mustered just three yards on four carries.

The Bears wasted no time hitting paydirt on the game’s first series, marching 70 yards in seven plays. Morris was the main instigator as he carried five times for 70 yards, including a 58-yard sprint down the right sideline before he cut back up the middle of the field, getting all the way to the Hawks 6.

Three plays later Reynolds plowed his way off right tackle for a two-yard touchdown keeper, making it 7-0 with 9:48 in the first quarter after kicker Danyon Kraft booted the extra-point.

LC-M defensive back Jonah Fuller picked off a Mouton pass to give the Bears the leather at the Hawk 44 with 8:20 in the first quarter. A 20-yard dash by Morris got the Bears to the H-J 24, but the Hawks defense held firm, and a Kraft 33-yard field goal attempt went to the left of the goalposts as LC-M came away empty with 6:40 in the first quarter.

The Bears drove from their own 41 to the H-J 13, but the Hawks plopped on a fumble at the 5 after stripping Bear back Jonah Fuller with 3:39 in the first quarter.