Check out these Orangetober Festival details; the fun starts Oct. 7 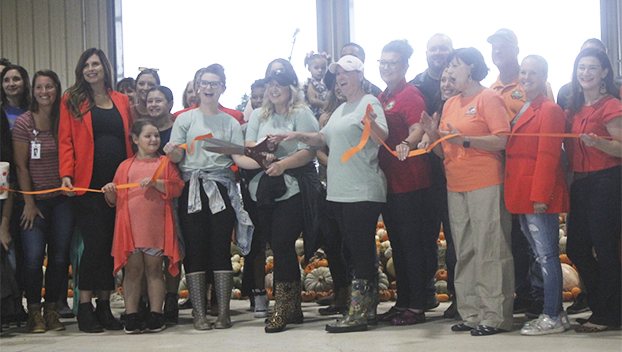 Pumpkin spice and everything nice …

The Orange Convention and Visitors Bureau (Explore Orange) is excited to ring in the fall season with more than just a ‘bunch of hocus pocus’ with the second annual Orangetober Festival scheduled Oct. 7-9 at the Riverside Pavilion.

“This year attendees can expect to see all of the activities from year one, including the pumpkin village, gumbo cookoff, cornhole tournament, vendor market, pumpkin pie eating contest, food vendors and live entertainment,” says Hillary Gravett, Social Media Coordinator for the City of Orange.

Fans of the Sanderson Sisters will be excited to know one of the additions to this year’s festival is a movie night, and what better movie than the 1993 live action cult favorite, Hocus Pocus?

Organizers say there is also a 5k Saturday morning, as well as additional photo opportunities for families and friend groups that will surely be worth a social media post or two.

“Entry to the Orangetober Festival is F-R-E-E and we hope to see everyone out enjoying food vendors, activities, and all that the festival has to offer,” Gravett says.

The festival kicks off at 4pm on Friday, October 7 with tours of the Pumpkin Village, which includes over 10-thousand pumpkins and gourds, as well as activities for the kids, food, craft beer, then it is time to settle in for “Hocus Pocus” which will begin at 7:30 pm.

On Saturday, you can get those muscles going with the Big Pumpkin Run hosted by 3 Bros. Running Company or take a few minutes to assess your tossing skills.

“United Way hosts the cornhole tournament during the festival and they use that particular activity as a fundraiser,” Gravett says.

The Explore Orange team hopes during the three-day event to take as many visitors as possible ‘away into a land of enchantment.’