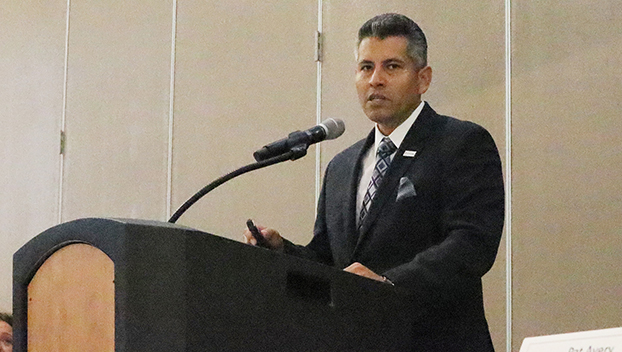 Entergy Texas tells Orange Newsmedia that the power company is staying in constant communication with stakeholders and garnering support from local cities, chambers and communities.

With continued support from stakeholders and approval from the Utility Commission, Eli Viamontes says project officials look forward to starting up the power station in 2026.

The Entergy Texas president and CEO says as Southeast Texas continues to grow, the region needs modern infrastructure to power that growth.

“The Orange County Advanced Power Station will continue Entergy Texas’ work to provide reliable, low-cost and cleaner energy through a combination of natural gas and hydrogen,” according to Viamontes. “Southeast Texas is in the heart of hydrogen producers, pipeline, storage and industrial users, which positions Entergy Texas to play a key role in the transition to increased hydrogen development. This is important as many stakeholders and customers are more focused on decarbonization.”

The plant will be located near Bridge City and be capable of powering more than 230,000 homes and use a combination of natural gas and hydrogen. Hydrogen produces zero carbon emissions as a fuel source for electric generation.

According to Entergy Texas, a TXP, Inc economic impact indicated the construction and operation of the power station would provide more than 7,000 direct jobs in Texas and nearly $1.8 billion in economic activity for the regional economy.

Once operational, the plant is projected to provide approximately 27 permanent direct jobs in Texas.

If the utility commission approves Entergy Texas’s application, construction would begin in the second quarter of 2023. 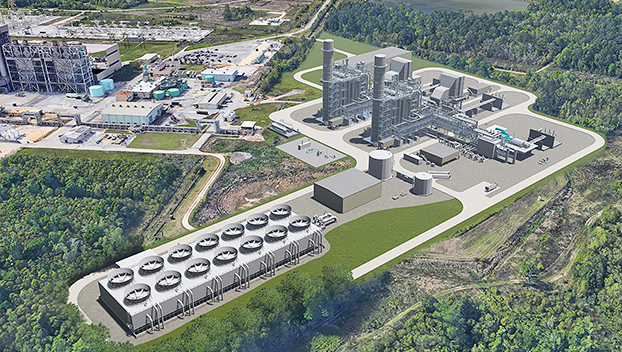 A rendering provided by Entergy Texas of the proposed Orange County Advanced Power Station, which project officials are hoping to begin construction on in 2023. (Courtesy photo)

Viamontes also spoke to area business leaders this week, addressing the current struggles many energy producers are facing as temperatures rise around the world.

He called it a “sensitive topic,” noting temperatures are up and bill costs are up.

According to Entergy Texas, no one should have to choose between paying an electricity bill or purchasing essential needs. The Power to Care program allows Entergy to identify and distribute funds to customers across its service area.

To find a local agency to help with bill assistance, visit the full list of The Power to Care community partners here.

If interested in donating to the program, visit entergy.com/care or check the donation box on a monthly bill by logging into your myAccount on entergy.com.

The president and CEO said Entergy is well positioned because it is part of the MISO grid as opposed to the ERCOT grid, which serves the majority of Texas.

“When we are faced with any supply challenges, which includes severe weather events, we are able to pull from multiple resources from multiple parts of the country,” Viamontes said. “That includes 15 states and a province in Canada, as well. That allows us to provide service when customers need us the most.”

After Viamontes’ speech, Texas House Speaker Dade Phelan made a quip in favor of Entergy.

“I used to get calls when I first got elected about why we were not with ERCOT and part of the Texas grid,” he said. “I don’t get those calls anymore, to be honest with you. People want competition and I tell them they need to go look at ERCOT and what the billing looks like. The competition looks great until you get that bill in the summer for several thousand dollars.” 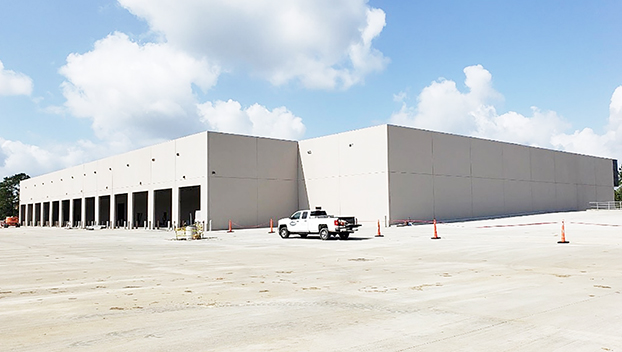 The Texas Department of Transportation plans to acquire the property where the Chevyland Service Center is located in Beaumont. (Courtesy photo)

Entergy Texas employees assigned to the Chevyland Service Center near Interstate 10 in Beaumont will soon have a new facility. The Texas Department of Transportation plans to acquire the property where the service center is located for the I-10/U.S. 69 interchange project.

As a result, Entergy Texas is working with a local general contractor to build the first phase of an approximately 71,000-square feet facility located at U.S. Hwy 287 & Chinn Road.

Around 50 Entergy Texas personnel will be assigned to the new facility.

The facility will be designed to withstand a category 4 hurricane for up to 150 mph winds, which improves storm resiliency and ensures the safety of our workforce during a storm event.

Operations from the new warehouse will begin this year. The office building is planned for completion in 2024.

— Writers Chris Moore and Stephen Hemelt contributed to this report.