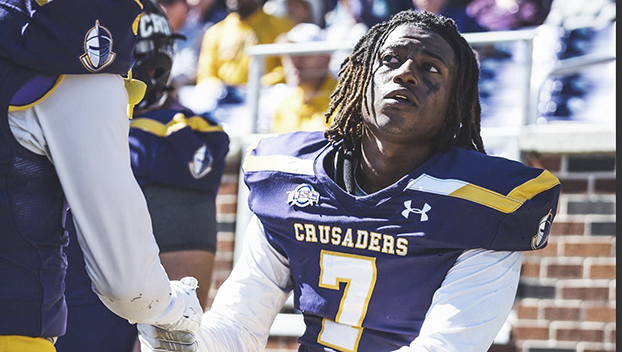 BELTON — Looking to finish off a wonderful run as a Mary Hardin-Baylor Crusader, former West Orange-Stark standout K.J. Miller was named to the D3football.com Preseason All-America Team this week.

Miller, a senior return specialist and slot back, earned three all-America awards last season as the Cru went on to win the National Championship. He was also an all-region and all-conference selection, earning American Southwest Conference Special Teams Player of the Year.

“I really think we have a great chance to get another one as long as we keep that hunger,” said Miller. “We only lost two starters on offense, so we are good there. We’ve got five back on defense, and some younger guys are ready to step in there too. The thing is, everyone wants a piece of us, so we’re going to have to bring our ‘A game’ every single week.”

King set a program record for passing yards in a game with 463 against North Central as the Cru won its second national title. King also set a program record with six touchdown passes in the NCAA quarterfinals and tied the mark for single-season throwing scores with 35. He completed 168 passes for 2,682 yards, throwing just two interceptions on 256 attempts.