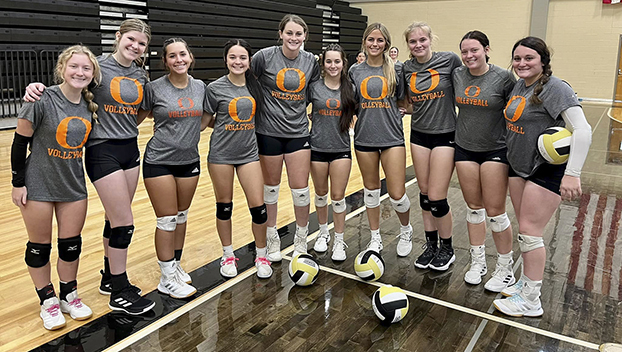 BAY CITY – The Orangefield Lady Bobcats traveled Thursday to the inaugural Tournament on the Bay in Bay City. They finished the day 2-1 defeating Mexia and Bay City and falling to Mabank. They finished second in their pool, which earned them a spot in the Gold Bracket for Saturday.