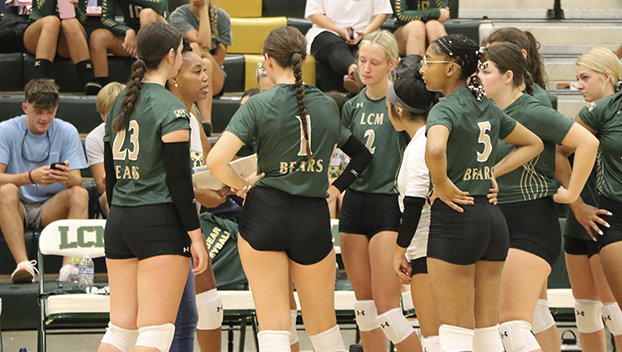 The Lady Bears rallied from a 2-1 deficit to secure the win.

Alyssa Brown led LCM with 15 kills, while Lindi Perry had 11 and Chrissy Joseph 10.

BRIDGE CITY – The Bridge City Lady Cardinals made a clean sweep of Beaumont United in non-district action, rolling to a 25-18, 25-7, 25-8 victory at Cardinal Gym.

LIBERTY – The Orangefield Lady Bobcats fell to a tough Liberty team in three games in non-district play at Panther Gym.

Mackenzie Haley had 10 kills for the Lady Bobcats.

The Lady Bobcats will be competing in the Bay City Tournament through the weekend.