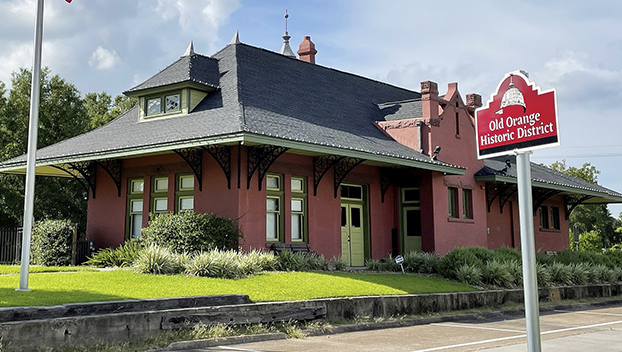 Orange city leaders are looking to preserve the past for the future by installing signs welcoming visitors to the city’s historic districts.

The red signs being installed indicating the Old Orange, as well as the Dupont-Bennett Edition Historic Districts, contain some of the oldest buildings and homes in the city.

“I think it helps preserve the heritage of the community for our future generations,” says Kelvin Knauf, director of planning and community development. “These old historic homes and unique architectural styles help to remind [residents] what our history is and the importance of that history.”

According to Knauf, the Old Orange Historic District is roughly located from the properties on the north side of John Avenue to the south side of Green Avenue, and from Simmons Drive to 15th Street.

“The Dupont-Bennett Edition Historic District is roughly the neighborhood north of Shangri-La and between 17th and 20th. The street signs are a different color and say Historic District,” Knauf says.

According to Texastimetravel.com in Texas, a historic district possesses “a significant collection of structures united historically or aesthetically by design or physical proximity. A Texas historic district can encompass an avenue of commercial buildings that represent a particularly important era of trade and commerce for the state.”

With buildings like the Orange Train Depot Museum falling within the Historic District, it isn’t hard to see why these buildings are an important part of Orange’s history.

The city once served as a port for cotton-carrying cargo ships sailing along the Sabine River. Lumber, cattle and agriculture also were important in the growth and development of the area.

“There’s some beautiful homes in both historic districts that I think are really well worth preserving for future generations. Rather than demolish and rebuild, there’s cultural value in preserving these structures,” Knauf says.

Both districts have been established since 2000, but the city’s aim with these signs is to make people more aware as well as promoting the districts.

“There’s an additional level of regulation for properties,” Knauf says.

Historic Districts have regulations that affect exterior aesthetics from roof shapes to colors.

“What that does it gives more reassurance that their neighbor is going to have to meet the same historic preservation requirements,” Knauf said. “So when they decide to invest in their house, it gives an additional layer of regulations to the exterior of the homes. There’s more certainly as to what their neighbors can do.”

Residents are excited to see these signs going up around them and the awareness they will bring to their neighborhoods.

“I do love the fact we are displaying pride for that area,” said Orange resident Elvis Rushing. “Quite a few people have invested time and love into those structures. We have lost too many of them over the years and the ones we have left should be treasured.”