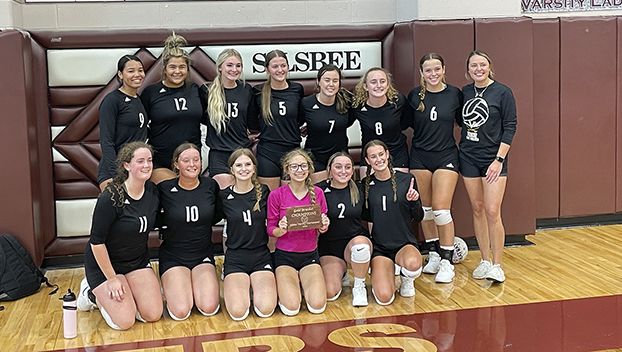 The Vidor Lady Pirates rolled to the title at the Silsbee Tournament, going a perfect 5-0. (Photo courtesy Vidor Volleyball)

SILSBEE – It was a great start to the 2022 high school volleyball season for the Vidor Lady Pirates and first-year head coach Brooklyn Sampere as they rolled to the title at the Silsbee Tournament.

“I couldn’t be more proud of the girls,” said Sampere. “They worked so hard during the offseason and summer, and you can tell it is paying off, they are excited about it and having fun.”

Sherman and Lee were both named to the All-Tournament Team.