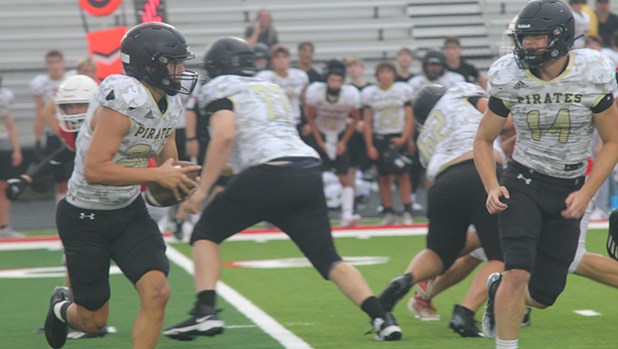 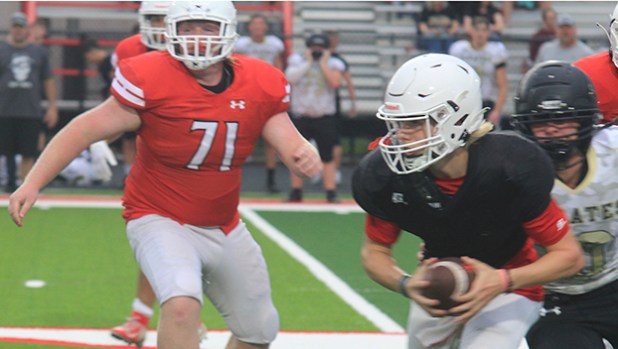 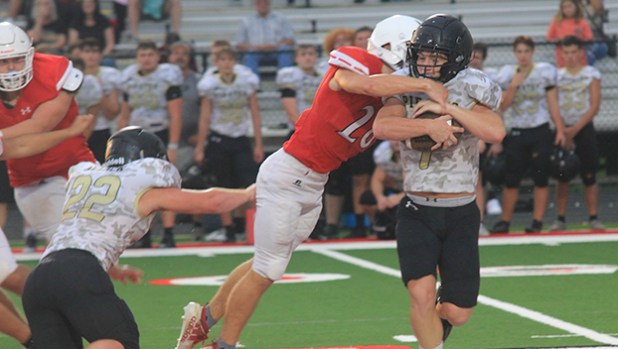 There was some solid hitting between the Bridge City Cardinals and Vidor Pirates in their first scrimmage. (Van Wade/Orange Leader) 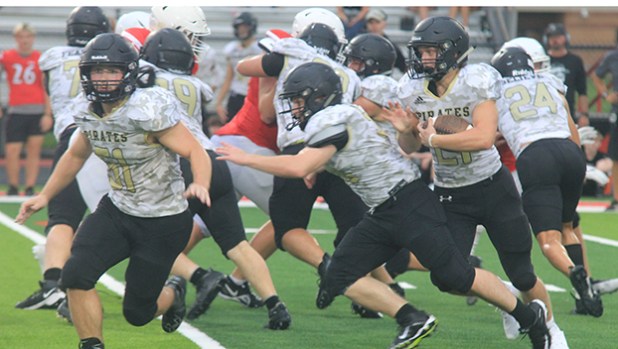 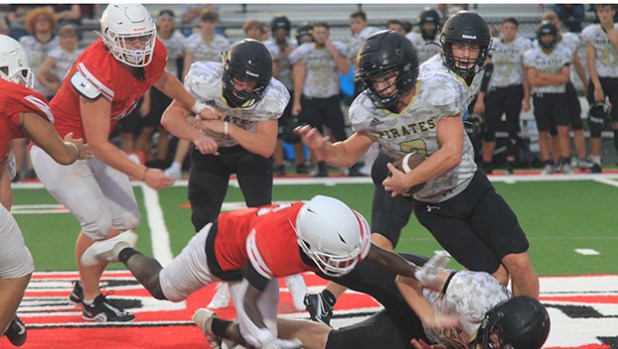 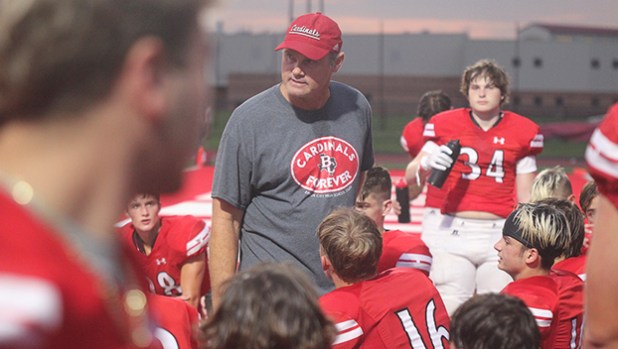 BRIDGE CITY – They may have been delayed by an hour after a heavy downpour, but the Bridge City Cardinals and Vidor Pirates got their first scrimmage of the season in the books at Larry Ward Stadium Thursday night.

Both teams showed a lot of promise on both sides of the ball.

Bridge City’s defense made some key stops on Vidor’s Slot-T, especially in the first half, while the Pirates defense slowed down the Bridge City passing game well.

The Pirates finished with four touchdowns, while the Cardinals had one as both coaches got to see how their depth played out.

“Vidor’s all about being physical and I thought we matched up well with them,” said Cardinals coach Cody McGuire. “We evaluate every position in every scrimmage and during every game. We want to get better every time we get out on that field, so we’re going to evaluate everybody every time we play.”

“We got a good look at it tonight and Orangefield runs it well, too,” said McGuire. “Another big thing with that first scrimmage, you get to evaluate some young guys that will help us depth-wise.”

Vidor coach Jeff Mathews always likes that first scrimmage to see how the kids face an opponent for the first time.

“That first scrimmage, you get a good look on where you succeed and what you need to work on,” said Mathews. “You also want to keep the kids calm, because they are seeing someone else for the first time. You only have so many numbers, so we didn’t want any injuries.”

“We had a tremendous summer and great early practices, but you always find areas you need to improve on,” said Mathews. “The Cardinals were a good early test for us. Coach McGuire and the Cardinals look good and I like the excitement I see in their kids.”

The Cardinals will have their second scrimmage next Thursday at Woodville.

The Pirates visit West Orange-Stark in their second scrimmage next Thursday.

Vidor opena its season on the road at Silsbee Aug. 26 to face the Tigers.