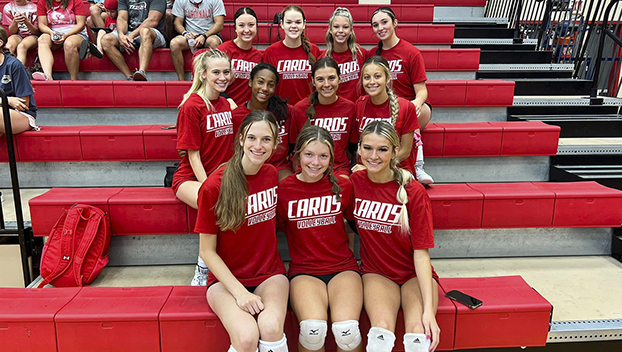 The 2022 high school volleyball season is cranking up this week.

The Bridge City Lady Cardinals and Orangefield Lady Bobcats were both in non-district action Tuesday night to start their respective campaigns.

The Lady Cardinals travel to the Wimberley Tournament Friday and Saturday.

The Lady Bobcats, who moved down to Class 3A this season, dropped a tough five-game match to former 22-4A rival Lumberton at home.

Harleigh Rawls had 17 digs and 15 assists for the Lady Bobcats. Mckenzie Haley notched eight kills, five aces and 13 digs. Greenlea Oldham led the team with nine kills and Kylie Mouton had five kills and a block.

The Lady Bobcats travel to Hamshire-Fannett on Friday.