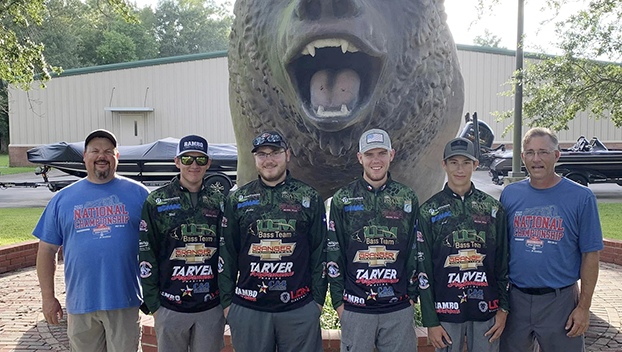 The Little Cypress-Mauriceville Bass Team is sending teams to the BassMaster High School National Championships at the end of the week.

It marks the sixth straight year the LC-M Bass Team will be sending teams to the National Championship.

The duo of Justin James and Will Henson (captained by Joel James) and the team of Jacob Longlois and Tanner Stewart (captained by Jeff Longlois) are competing in Lake Hartwell in South Carolina Aug. 11-13.

Pre-fishing for the event started Monday.

The Bear duos makes up two of 15 teams from the state of Texas to qualify with 315 total boats fishing for the top prize.