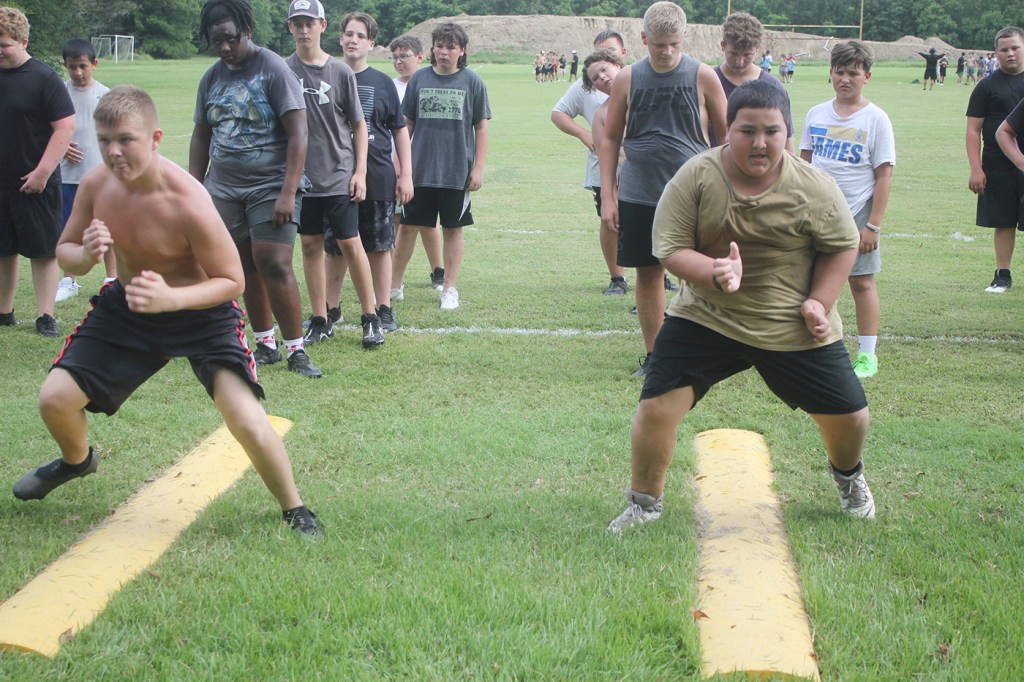 It’s time to get real for Orange County gridders this week.

Players from across the area were able to go all-out in full pads Saturday for the first time against teammates.

This week, the first week of scrimmages crank up, allowing coaching staffs to get a good “look-see” on where their teams are at.

They will have the opportunity to get a look at who shines. They will see which veteran players are back up to par and which youngsters are ready to make their marks on the varsity level for the first time. They will get an early look at not only their strengths, but their weaknesses.

For me, personally, I’m ready to see all of what Orange County teams can achieve. After bolting from camp to camp all summer, I have seen athletes working out harder than ever before, and there have been more numbers showing up than I have ever witnessed.

The last couple of summers were rough. School districts, coaches and players had to deal with the COVID issues and protocols, and turnouts were low. But now it is almost 100 percent back to normal.

After talking to coaches, they have been thrilled with the numbers. Of course, the struggling economy has had a little something to do with it. A lot of families have not taken long extended vacations to far off places. Many have went on short trips and stayed closer to home base, meaning the athletes were home longer and dedicated themselves into improving.

That has been the case for sure. I’ve been covering football for almost three decades and I’ve never seen the kids look like they do now after this summer.

Of course, I also know, I’ve seen players like that hit the field before and no matter what they look like, their skills have to translate on the field of play.

I not only give credit to the head coaches this summer, but to also the Strength & Conditioning coaches this year. I was having flashbacks of the 1970s series Six Million Dollar Man – they made him bigger, stronger and faster.

I can’t wait to venture to scrimmages at the end of the week to see how much all of the hard work turns into fruition.

On another note heading into football season, patience will be key for a couple fan bases.

The new turf field at Little Cypress-Mauriceville will not be completed in time for the first game against Hardin-Jefferson. The construction crew has worked extremely hard to get it ready to go for the Battlin’ Bears, but the weather has not cooperated of late. So the Bears and Hawks will hook up Thursday/Aug. 25 at Beaumont’s Memorial Stadium.

But there is that old saying, “Good things come to people who wait” and LC-M fans are in store for a tremendously updated facility for years to come. How awesome would it be if the Bears could play West Orange-Stark at home in the second week for the Orange Bowl.

That would be a nice scenario in front of a packed house.

For the WO-S fan base, they will be accustomed to the same type of season they had last year, which didn’t really faze them, just the media-types, PA announcers and the kids that do the filming. The new press box will not be ready again this season, no fault on the school district, either.

The construction company building the press box and the new recreational center continue to wait on supplies to finish both structures. Due to COVID protocols and the economy, there has been a supply shortage.

The portable-style press boxes on the visitor’s side of the stadium will continue to get good use this season.

Just remain patient Mustangs fans. I know so many of you have driven past the school and seen the enormity that is the new recreational center. It almost looks like it could rival the Montagne Center at Lamar University.

Meanwhile, I will just continue to sweat it out on the field, which I have enjoyed the last couple seasons due to what was COVID and the lack of press box space anyway.