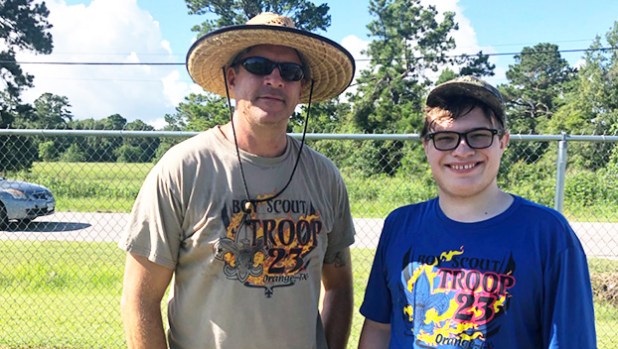 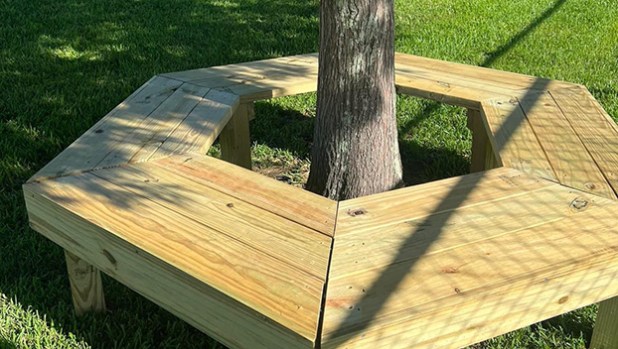 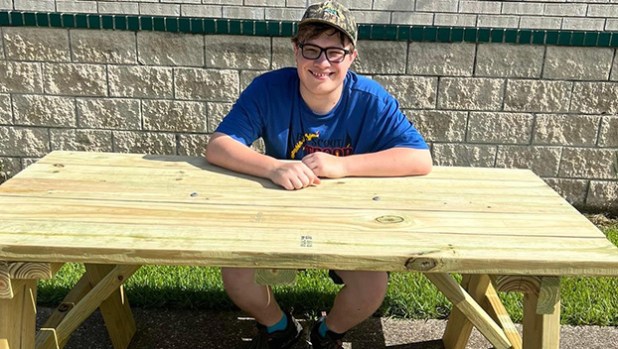 Cole Watson takes a break during his Eagle project. (Courtesy of Jennifer Watson) 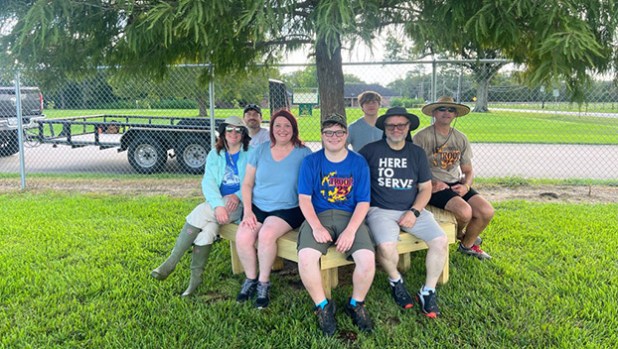 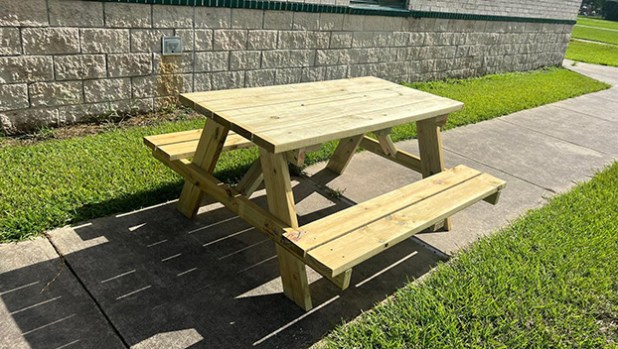 A picnic table was recently built by Cole Watson and helpers. (Courtesy of Jennifer Watson)

As manager of his Eagle Scout project, Cole Watson led a team of volunteers this summer helping him build and install picnic tables and benches to give to Little Cypress Intermediate School.

With help from his crew, he installed them Saturday.

“I was talking to Mr. (Michael) Ridout, LCI’s principal, about what they needed out here and they don’t really have a lot of seating for students,” Watson said. “I remember whenever I was here, I was a bit of a bookwork, and right now the trees are pretty young, but maybe they’ll get bigger, and they’ll grow to size, [and provide shade].”

Watson, 17, is a senior this academic year at Little Cypress-Mauriceville High School.

As his mother Jennifer Watson assisted this weekend, she remarked on the significance of the day.

“Both of Cole’s grandfathers, my stepfather and my father were Boy Scouts, and they were so excited about this for Cole,” she said. “But they both died. One in November of 2020 and the other in January of 2021. One died of COVID-19 and the other one died of cancer, and so it’s just one of those things where you can almost feel their spirit. For Cole, this is almost an idea of honoring them, as well.”

Watson’s Scouting family was also on hand to help during Saturday’s installation.

Ian will rehabilitate the footbridge that connects two walking paths at Northway Park for his project.

“The main objective of this is for these boys to be project managers; so, they come up with a project idea and they manage the whole project,” Broussard said. “They manage getting volunteers, supplies and donations.”

With donations from Childs Building Supply, Home Depot and members of the community, Watson’s project was fully funded. He had no out-of-pocket expenses.

“They don’t have to already know how to do the work to do this,” Broussard said. “(Watson’s) got an uncle that knows how to do this. His dad and his other Scout leader have means to get things places, so you utilize everybody around you, but he manages all that.”

Lorie Patefield, member of the district Eagle board and advisor to local Scouts, was also one of Cole’s volunteers.

“Part of it is, he must present all his stuff to the board; it’s not just the physical,” she said. “We must look at all his paperwork, all his pictures and we interview him in his full uniform. We talk about his scouting career, his school, his extracurricular activities, his project and what he plans on doing in his future.”

The wraparound benches have yet to be painted and stained, but Watson has plans for those finishing touches.