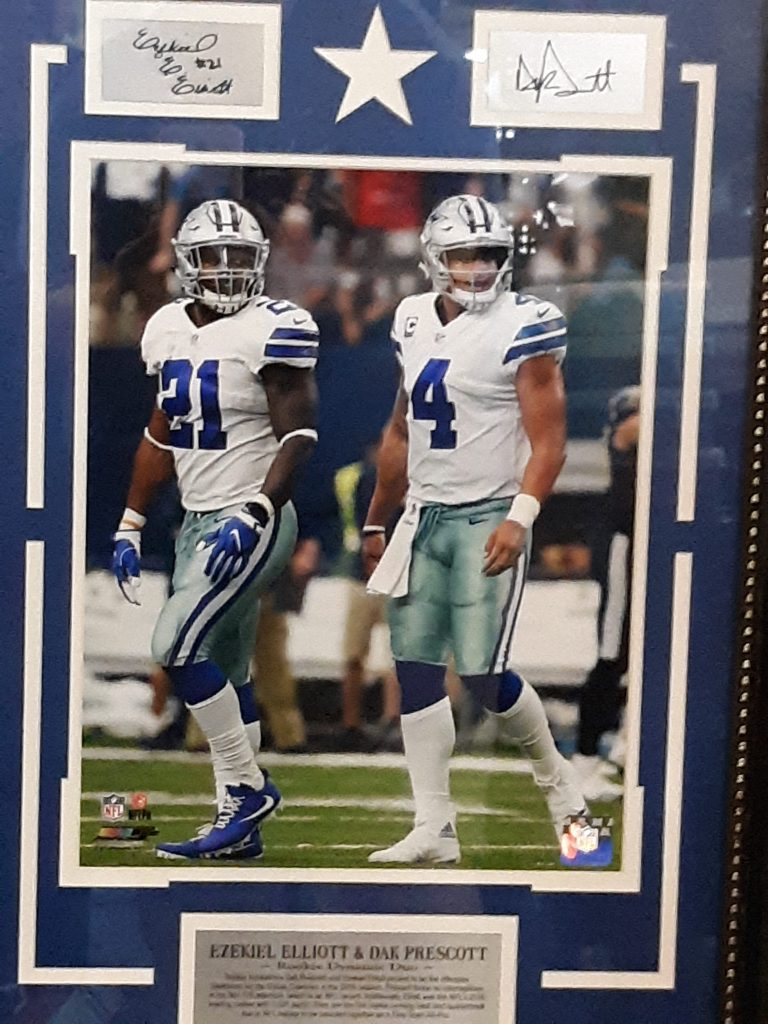 When the Dallas Cowboys drafted Dak Prescott out of Mississippi State, I knew he was going to be the “future” of the franchise.

His numbers have been amazing, and his charming personality is even better than his top-notch game.

He’s a great guy for sure and will probably hold every Cowboys passing record before he is done.

I must say, I have always been one of his biggest fans. He’s a warrior, plain and simple. We’ve seen him bounce back from injuries time and after time. We’ve seen him put up amazing stats to keep the Cowboys in games over the years when the roster wasn’t quite up to par.

This year, it seems like Cowboy fans are getting a little restless. It’s been a long time since Dallas has made a nice dent into the playoffs. Unfortunately, the media is right on cue to put a lot of the blame on the quarterback.

I mean, look at the ridicule Tony Romo always received despite the incredible numbers he put up.

As Prescott enters his seventh NFL season, it’s clear Dak must play the best football of his career for these Cowboys to become contenders.

That’s because the offense revolved around him for the first time since parts of the 2017 and 2018 seasons.

Then, he wasn’t ready to elevate the rest of the offense, so the Cowboys had to spend a first-round pick in a trade for Amari Cooper.

Early on in his first 24 games or so, he took advantage of injuries to Romo and Kellen Moore to become one of the league’s young stars.

Then came the struggles of 2017 and 2018, when he didn’t have a true No. 1 receiver and Ezekiel Elliott was suspended for six games.

Cooper gave the passing game stability and Prescott thrived, for the most part, since he joined.

That changed last year, when Prescott was inconsistent after missing one game with a strained calf.

He refused to use the injury as an excuse, which has always been his mantra because he is as tough as nails, but it was clear he wasn’t playing his best football.

Now, it’s time for 2022 and the Cowboys are expected to make a run along with winning the NFC East again.

This season, Prescott must be the best player on offense because Elliott is coming off an injury-plagued season and is no longer expected to carry the offense.

The receiver group is thin with Michael Gallup potentially missing the first few games as he recovers from a torn ACL, and CeeDee Lamb adjusts to being the No. 1 receiver.

The offensive line has average players at right tackle and center, and questions surround first-round pick Tyler Smith, who will play left guard because he struggled at times last year at Tulsa.

Tyron Smith and Zack Martin are closer to the end of their careers than the beginning, so Prescott must make everybody better.

It will be about using his legs to be more of a playmaker and using his arm to throw receivers open.

It’s about being bold and aggressive when it’s time to make a play to win. He played too conservatively at times last year. Too much indecision.

At various times in his career, Prescott has been the best player on the Cowboys’ offense. Now, he needs to do it weekly.

It’s the only way for Dallas to hold off the critics, because they are always ready to play “snipers” when things go a different way.

Good luck Dak, I’m certainly rooting for you in my neck of the woods!