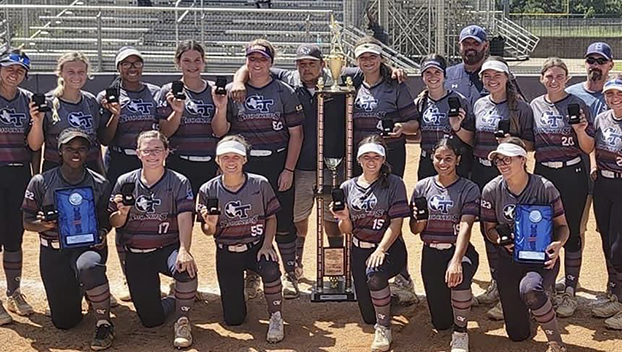 The GT Shockers Tamayo, consisting of girls from all over the Golden Triangle, won the USSSA National Championship in Gulf Shores Alabama on Saturday.

Cami Shugart and Shae Fontenot of LC-M are members of the team.

They beat teams from Colorado, St. Louis, Kansas City, Indiana, Illinois and defeated the Pennsylvania Patriot Flames in the championship.

Shugart and Fontenot are also heading to Blinn together in August on softball scholarships.