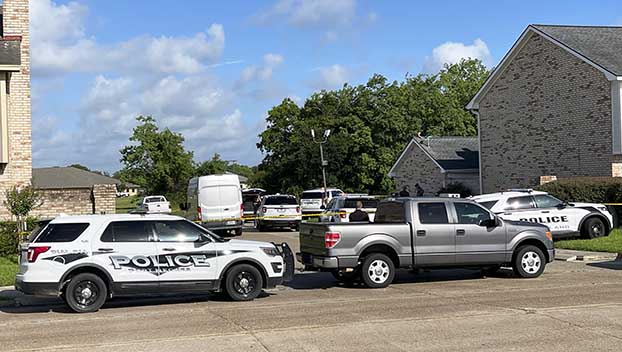 PORT NECHES — Two Port Neches Police Department officers could be back on the force as soon as this weekend after a grand jury unanimously no-billed them Wednesday.

Being no-billed means the panel of nine individuals opted not to indict Guy Reynolds or Andrew Carter on any criminal charges stemming from the July 5 shooting of Trevon Hull.

The 21-year-old was shot and killed by the two officers at approximately 7 a.m. when Hull allegedly hit a police unit with a stolen vehicle before attempting to flee on foot with a firearm.

A preliminary autopsy report said Hull died by gunshot wound, but did not specify how many or where.

The Department of Public Safety Texas Rangers immediately began an investigation, which was concluded late last month. The Jefferson County District Attorney’s Office on July 29 confirmed the case had been submitted to its office. Following the shooting, both officers were immediately placed on paid administrative leave.

“It’s not just for the welfare of the citizens and the city, but the officers themselves,” Lemoine said. “We want to make sure mentally and physically that they’re ready to return to duty.”

Carter has served nearly 10 years with PNPD and more than five years with the Port Arthur Police Department. Reynolds has a total of 31 years of service as an officer, 13 with Port Neches and 18 with Port Arthur.