PHOTO FEATURE: Coaching up some future Bobcats at Bobcat Camp 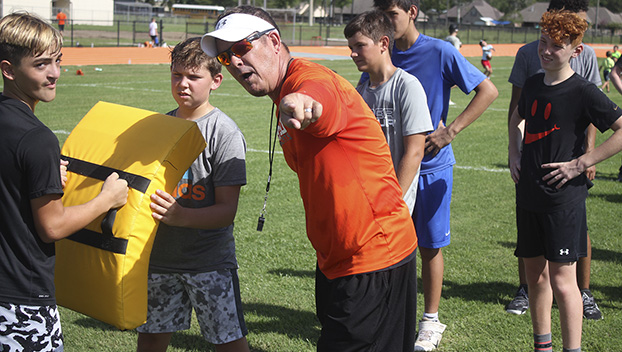 The Bobcats Camp has always had tremendous numbers and has been one of the most successful camps in Southeast Texas over the years.

“It’s always a blast to get out here with some future Bobcats,” said Orangefield Athletic Director and Head Football Coach Josh Smalley. “We have 81 kids out this year and that’s awesome. It’s hot, too. It does get a lot of us coaches more acclimated to the heat, with practice getting going for real next week. The kids and the coaches, we always get a kick out of it.”