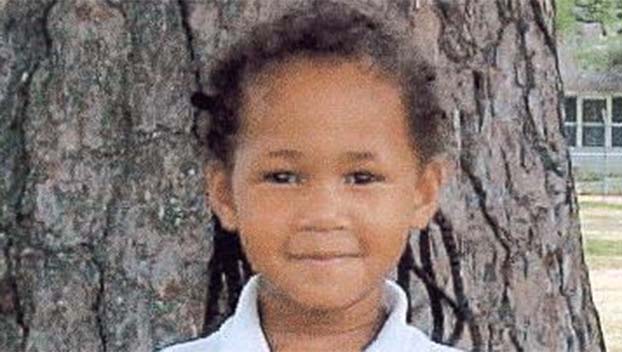 The Texas Department of Public Safety is seeking information in the 2002 slaying of Dannarriah Finley, 4, of Orange.

An increased reward of up to $6,000 is being offered for information that leads to the arrest of those responsible if the tip is received before the next featured cold case is announced.

A $3,000 reward for information leading to an arrest is routinely offered on all cases on the Texas Rangers’ Cold Case website.

On July 4, 2002, Finley was reported missing to the Orange Police Department.

She was last seen alive sleeping in a bedroom at her mother’s house, along with her siblings and cousins.

Three days later, her mostly nude and partially decomposed body was found approximately 27 miles away, near a dredge pipeline ditch off State Highway 82 in Port Arthur, an area known as Pleasure Island.

Despite intensive investigation into what happened to the young girl, DPS officials say this case remains unsolved. Anyone with details regarding the homicide is asked to come forward with information.

To be eligible for cash rewards, tipsters MUST provide information to authorities by calling the Crime Stoppers hotline at 1-800-252-TIPS (8477).

All tips are anonymous. Individuals can also submit information through the Texas Rangers’ Cold Case website or by phone to the Missing Person Hotline at 1-800-346-3243.

Mark Blanton was the assistant police chief in Port Arthur in 2002 when a pipeline worker found the body of the young girl on Pleasure Island.

The spot was remote.

“I did not want to retire without that case being solved. I still think it’s a solvable case,” said Blanton previously.

Finley’s mother told police in Orange that the child was missing and family members checked at relatives’ houses.